We all like reading comics here, right? We really enjoy running to our local comic shop every Wednesday and picking up the latest fix in our always-hungering addiction, right? We love the stories and the artwork, we love the writers and artists, the publishers and the employees at our comic shops. Then why is it that far too often the image we portray to outsiders is “If you read comics as long as I have you would be a grouchy old cynic,too!” Or “If you read comics every week you can learn to hate this and this and this and this about the.” Ninety-nine point nine nine nine nine nine five percent of the time we probably don’t even realize we’re doing it. But some of us are out all over the internet doing it one-hundred percent on purpose. Whether it’s just to ruffle feathers, get some hits on your site, or just vent some steam, is it necessary to be so careless with our criticism?

I’ve read on numerous occasions, somewhere in the social media madness or browsing comic websites, headlines like “This is what’s wrong with comics these day.” I summarized, but you get the picture. It’s someone saying “This is what I think is wrong with comics! I want things the way they used to be! The big 2 changed something I liked and I want everyone to know how good I sound on this blog!” I summarized again, and again you get the picture. I honestly can’t blame these people for thinking and writing their opinions. Most of the time they make some valid points. But we’ve got guys writing in the New York Times about The Avengers movie, comic sales being in the crapper, and sloppy drawing and goofy story writing is to blame. We have people who have not honestly read a comic for the sake of fun weighing in on how “bad” the comic industry is. And at a time of such importance, where the success of the Avengers, the Amazing Spider-Man, and The Dark Knight Rises should be pushing comic sales forward. And anyone recently interested in comics because of said movies has complete access to these types of editorials, and maybe a thought bubble pops up beside them that says “oh, maybe I shouldn’t start reading the Avengers, people who read comic books don’t even like reading comic books.” 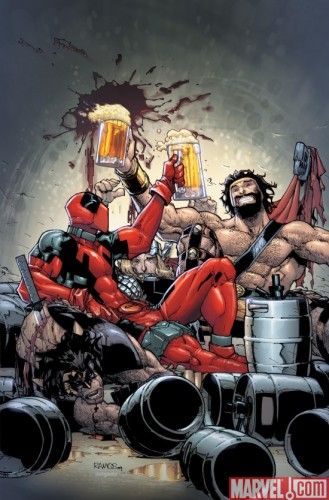 The comic industry is not perfect, nor has it ever been. The theme around a large amount of comic book discontent seems to be nostalgia. Not that nostalgia is the source, but that everyone wants things to be the way they were. It can be a beautiful thing, remembering things from your past with fondness, and desiring things to be the way they were. The problem with nostalgia is it can lie to your emotions. Feeling nostalgic about comics means forgetting that things weren’t perfect then either. The comic industry has always been changing, has never been perfect, and never will be perfect. The healthy part of all the negativity toward current industry health is truly desiring a healthy industry.

Now I know that real negative, yet constructive criticism does have its place. If no one speaks out against things that genuinely and reasonably upset them, how will the powers that be ever be expected to make appropriate changes? The real heart of this matter I’m presenting to you is something that I say very often: a pinch of negativity goes a lot further than a truckload of positive words. In other words, twenty positive reviews of any one comic can easily be outweighed by a well worded negative review. Same thing goes for a review of the industry in general, or a publisher in general, or a franchise in general. Although valid in it’s proper place, negativity is a big turn off for anyone standing on the outside looking in. I should know, at the time of writing this editorial, I have only been collecting comics for eight months. I for one am not easily dissuaded, but can we say the same for your friend or little sister you want to start reading comics?

We see so many great comics that aren’t getting the air time they deserve because people are griping about the state of Marvel and DC Comics. Veterans may have been turned off by the New 52 relaunch, when it was the perfect thing to be telling every new reader and interested party about. After seventy years of continuity Batman, Superman, Wonder Woman, Green Lantern and many others finally opened their loving arms to invite readers in. We’ve got everyone complaining that there are too many X-Men and Avengers books when we’ve got incredible talent writing and drawing Uncanny X-Force. We are all whining about Avengers vs. X-Men when it was a great introductory series, that we now learn is leading to something like a relaunch, Marvel NOW. A re-thinking of Marvel’s most successful series that could be just the thing they need to attract new readers and return readers, if marketed properly. And that’s just the series from the Big Two. 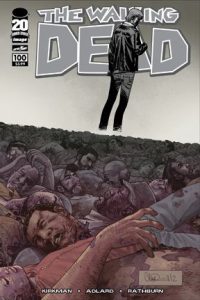 We have seen incredible success from a new series called The Walking Dead. A comic with no need for you to know anything about what happened before the events of issue #1. It’s a black and white comic that was most likely never expected to reach the level of success that it has. Because people wanted something fresh, and because people wanted to tell people about it. Because of that, it became a TV show, and because of that, it drove up sales. We see completely original comics like Fables, Planetoid, Revival, America’s Got Powers, Saga, and Artifacts. Comics that are so well written, so well drawn, entirely well thought out, in new universes that say “Hey, I’m new and friendly, let’s get to know each other.” We should be telling everyone we know about all of these. There is so much more to comics than what people on the outside perceive. Yes, the series that people think about when they think about comics should be better. They should get new characters. They shouldn’t lean so heavily on every little fact from the last 50 years to tell a story today. But I’ll be damned if that keeps my friends away from their local comic shop.

I for one would like to see good comics succeed. And I really think that most of us don’t want to see comics suffer because of the problems that are in the industry. I’m pretty sure we don’t want to turn people away from the entire hobby because of problems we have with a few titles. I also don’t think we want our dissatisfaction to radiate that we don’t like comic books. We do like comic books. So, in good balance with voicing our concerns about comics, we should be spreading the word about what’s totally and ridiculously awesome. More words on the latter from now on, if we can, for the sake of this thing we love.

Editorial: Digital vs. Physical – What’s it about? There has been a lot discussion in the comic world over digital comics. Many comic readers are split when it…

Diving In – a newcomer’s perspective on comics By guest writer and Stash My Comics user Kenny Yeager. I'm going to hazard a guess about you, my dear…

Comics for Noobs: July In a world of comic books, dominated by 50, 60, and 70 year old series the task of choosing one…