I’m not above starting articles with an attempt at shock factor. I love comics, and I love superheroes. Ok, I guess these things probably aren’t shocking given that I’m writing for StashMyComics.com. That said, I am incredibly indifferent toward Batman; if anything, I’d say I dislike him just because of how excessive his praises can be around me.

Oh, don’t get me wrong, I think Christopher Nolan‘s movies are phenomenal, but they didn’t make me a Bat-fan. I’ve given some comics a shot with varying success, from Miller to Loeb to Daniel’s current Detective Comics. Still, I just don’t care for Batman.

Well, I guess I should say that I didn’t care for Batman.

Of all the things that could make me care about Batman, if these highly revered comics or Nolan’s movies couldn’t, I’m surprised that it was a video game take on him that did the trick. But, sure enough, a game loaded with little things to make existing fans happy got me interested in Batman’s universe.

I’d actually given up on the new Detective Comics after the third issue, but playing through Asylum (which I had a hard time ever putting down once I started it) led me to give the series another shot. 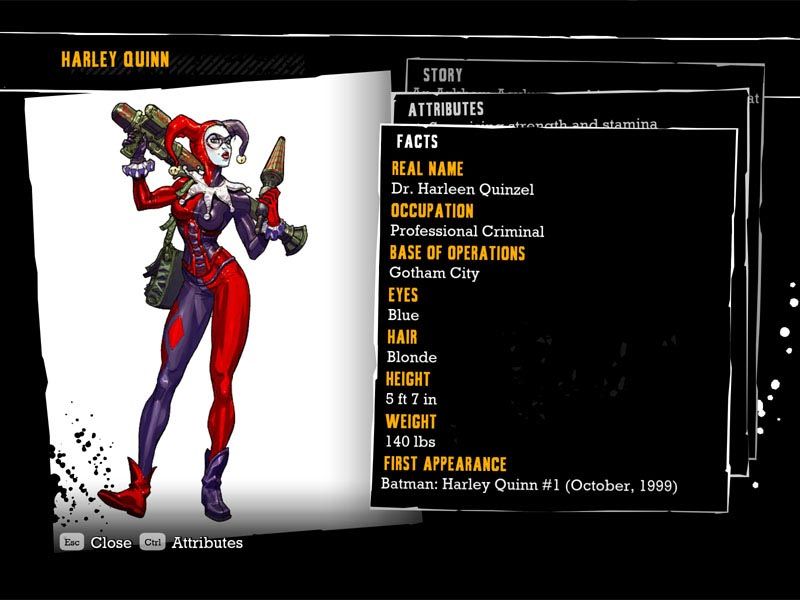 My first time on the Chase Variant podcast, Jason asked me about how I got started in comics, and we ended up talking about how non-comic media has informed my understanding of these superhero universes. From the 90’s Spider-Man animated series to the X-Men movies to infinitely many video game adaptations, these outside sources have helped spark interest in the comics and characters they’re based on (even if some adaptations are clearly better than others).

But, without a doubt in my mind, Batman: Arkham Asylum is the most influential non-comic product I’ve laid my hands on when it comes to changing my mind about a character or series. It’s truly a wonderful game, and the gamer in me could go on at length about why I like it so much, but I’ll stay on task here and get back to my thoughts on why it affected my view so.

Getting to the point, I think the thing that made Arkham Asylum so influential for me, beyond the obvious part where the game was rock solid on its own, is that it presented this assumed universe, these interesting characters, and far too many subtle details to pick up on in a quick run-through.

I was practically an outsider to the universe when I got the game, but it was built so cohesively and coherently that I didn’t need lengthy introductions to why Batman is dealing with all these weird villains in the Asylum, I didn’t need to study Wikipedia and read years of comics to enjoy it, and I didn’t need every subtlety explained to me. Rather than watering things down for newcomers, the game caters to existing fans with these nuances and an obscene amount of hidden/extra content (like excellent character bios and interviews).

The thing is, the little details, and my initial lack of understanding them, didn’t push me away. Quite the contrary happened, really; it created in me this strong desire to “get” what was going on and why. Like the Detective himself, I wanted to study and learn.

I’ve since bought a couple of Batman comics and several TPBs in order to satisfy this desire to know the Bat-verse. I won’t go so far as to say I’m now a committed Bat-fan, but this well-made game definitely influenced me to keep trying to enjoy the franchise.

So, my takeaway, especially if any publishers happen to be reading this, is that there’s a lot of potential for these non-comic takes on beloved franchises to bring new people into the fold. Moreover, it’s not necessary to treat every outing as an origin story in order to win over new fans. In fact, at least in this case, dropping the end-user right into the middle of an established universe can be even more effective in igniting interest than starting from the beginning with each work.