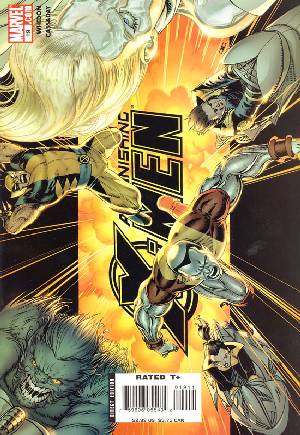 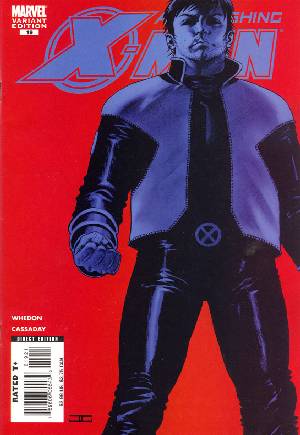 On the Breakworld, the ritual of sending a child through a neuro-net outside the city has commenced once more, and once more failed. On Earth, the battle between the Astonishing team and Ord/Danger has continued even though they have been teleported onto a S.W.O.R.D. command ship, but is quickly subsided by a gravity field that locks everyone to the ground. However, Kitty phased out of it and threatens Agent Brand with a gun through the head. Needless to say, she complies.

Back on Breakworld, a man named Powerlord Kruun has taken control and rules with a mighty fist. He received a message from Ord aboard the S.W.O.R.D. ship, letting him know that Colossus is on his way. He sends word for the ship to be destroyed. On said ship, a psychic examines Emma, finding that Casandra Nova is no longer inside her head. Kitty tells Peter that she will need some time, that they are moving too quickly now that he is back from the dead, because he’s left her too many times before.

Briefing for their arrival on Breakworld, Agent Brand asks Colossus if he is as mystified by the assumption that he will destroy this planet as they are, but he replies that he has been planning to destroy the Breakworld since he was a child… then after a long pause and some blank stares, admits that this is why he doesn’t make many jokes. Continuing with the briefing, Brand reveals that she purposely kidnapped Peter to draw the Breakworld forces away from Earth, but more importantly because she needs them to try and mount a counter-attack on the Breakworld.  Before their counter-attack gets very far, an armada of Breakworld ships launch an attack, severly damaging their ship…

I love this title. Best X-Men stories in years. Awesome action, great humor (the part where Peter tried to make a joke was hilarious) and an overall great flowing plot that has been missing from pretty much any comic in general. Can’t wait to see how this all plays out, great start though. 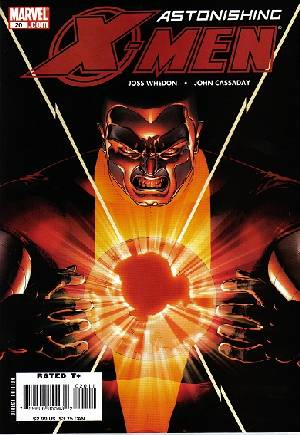 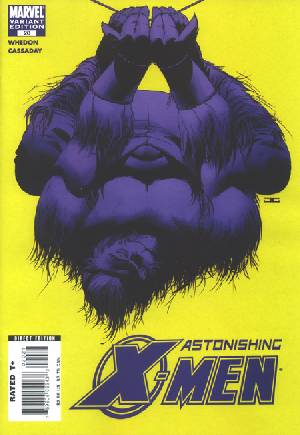 As their ship is torn apart, Agent Brand launches a small, virtually indestructible ship, but is quickly questioned by Beast as to why they are not on said ship. Sadly, she sent a few soldiers to their death on it as a distraction, suiting the X-Men up and even giving Hisako an extra suit made for Kitty (though the arms are a bit too long). Brand admits that killing Peter would be the easiest solution, but she sets out to change their minds, or make sure their prophecy comes true. They are then loaded into two ships, Hisako, Wolverine, Kitty and Peter riding violently in one, Emma, Beast, Cyclops and Brand in another, calmed by Emma having them envision themselves at a tea party.

Wolverine’s ship is shot down, Kitty grabbing Peter and pashing out, Wolverine stabbing Hisako to bring her back to consciousness, which forces her to armor up and protect herself. Colossus takes the brunt of the fall, saving himself and Kitty, who then phases them further down, away from guards who have gathered around. Elsehwere, Wolverine needs some time to regenerate from the explosion and fall, meanwhile convincing Hisako that she can’t freak out, that she is wearing an X-Man uniforum and has to act like one, to which she replies, “Armor” – her new codename.

Finally, Kitty and Peter battle their way through more troops, Kitty trying to convince Peter that the prophecy is not written in stone, that he doesn’t have to destroy this world… but elsewhere, Team B finds that it actually is written in stone, finding a large mural of Colossus holding a sun in one hand, while crushing a world in the other!

Awesome issue. Hisako is becoming a pretty cool character, even moreso with a real codename now. The interaction between this team is so strong, it will be a shame to lose Whedon on the title. Runaways will be better for it, but we’ll have to see who his replacement is and how he/she does with it. The arc is moving a bit slowly, could have been done in four issues probably, but it’s a good read nonetheless.