Last year, I had the opportunity to go to my first comic convention here in Knoxville, TN.  It wasn’t anything big, just a small type convention in a room off the side of the lobby at the Holiday Inn Express.  It was pouring rain outside, but people were dedicated.  Lots of people dressed up as the usual:  Jedi, anime characters, and people from comics.  I saw a really bad Spider-Man, but a really well done Harley Quinn.  As my friend Nick and I were shopping for comics, making our way to the end of the row after row of comics, he picks up the coveted Amazing Spider-Man #101, the first issue of Morbius.  I, on the other hand, was still looking.  As I’m looking though, this comic that I’m about to review sticks out.  Probably because the person trying to sell it was trying really hard.  He made it seem (as they all do) that he had to get it off his shelf, it must go, I’ll cut ya a deal.  You know how it is.  So, like the salivating comic book buyer I am, I took it.  $10 bucks quickly changed hands, and I became the proud owner of the oldest Batman comic in my collection.  Yeah, it may not look like the world’s most taken care of comic, but it’s still cool!  Classic artwork, classic storytelling, this comic was made for me to read, and then tell you (hopefully) how good it is.  Shall we find out?  Hop down to the next paragraph with me as we take a look at Batman #196!

The plot is simple:  Batman and Robin are playing second fiddle to Commissioner Gordon’s newest crime fighter:  The Psychic Super-Sleuth Petru Debrov!  Petru can, just by touching items criminals have touched, know where the criminals are, the hideout they are using, and where they stashed any items they’ve stolen.  All is as it seems to Gordon, and even Batman at first, but to Robin, this guy is full of sawdust.  Is Robin 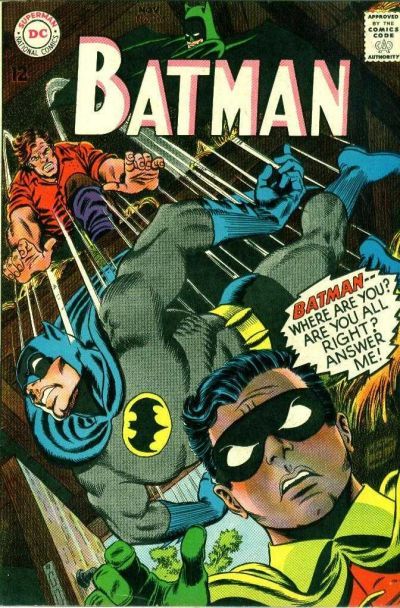 right, or is he just getting jealous of another crimefighter in Gotham?

I’ll say this much about the issue.  It is definitely a product of it’s time.  This issue came out in 1967, so that puts it right in the middle of the Adam West Batman T.V. series that was running at the time.  It even feels like an episode of the show!  I can almost hear Adam West as I read the simple plot crafted by Gardner Fox.  Robin’s personality in this issue is quite different than that of his television counterpart.  Whereas I felt Burt Ward’s Robin was a dim witted side-kick, here Robin is actually the aggressive skeptic.  From the first page, Robin is calling out Petru that he is a fraud.  That kind of surprised me, and it was a pleasant surprise to see Robin not turn a blind eye as both Batman and Gordon did so quickly.  In that aspect, Gardner Fox did a very great job in writing the story.

As for the art, Carmine Infantino’s work is simple.  Now, that’s not bad.  Here, it couldn’t be anything else.  Lines are smooth and rounded, with no rough edges.  Very pleasing to the eye.  The action scenes are done well too, with lots of attention being put into the detail of what we see.  Now, Carmine’s art wouldn’t hold today, as we’ve been subjected to artwork now that is so detailed and crafted and precise, that something like this can only be appreciated in the era from which it came.  Here, Carmine’s work shines, and oh, how bright it is.

The issue itself is not a significant issue in the grand scheme of things, but it was fun to read.  You can see how, at the time, DC was really pushing the feel of the show onto the comics, but even then, this issue only let the show in so far.  Batman’s alter ego is nowhere to be found in the pages of this issue.  Is that bad?  Not for this, and certainly not here.  It’s campy, it’s fun, but still manages to keep its own personality when it comes right down to it.  If you can shell out the $130 for a great looking copy, go for it.  Otherwise, do like I did, and let someone talk you into paying $10 bucks for a copy that just needs someone to enjoy it.  For me, it was money well spent. 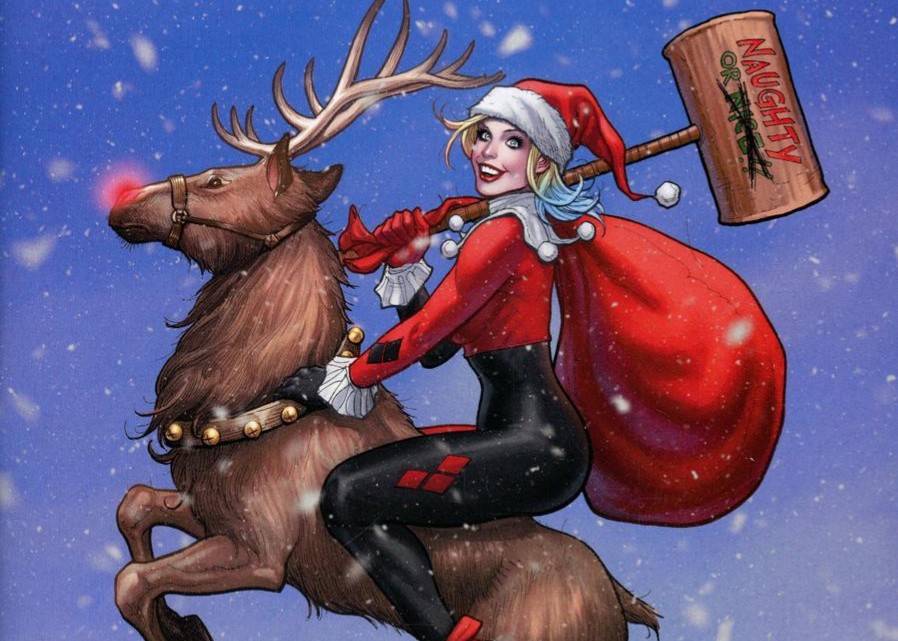