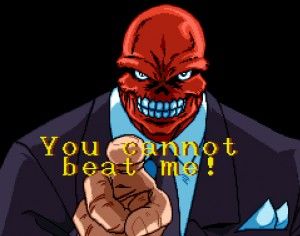 Video games. Comic books. They are the birth parents of the communities we love. They go hand in hand, whether you indulge in one or both, they are the perfect pairing. Both are incredibly inventive. The creators, writers, animators, and artists in both mediums are those with boundless imaginations. Their brains are off in the outer rims of space, in the ancient past, or on the streets, vanquishing thugs. And gathered all around them, in a mass of fanatical, like minded individuals known as the fans. The ones who drive these medias with a soulfire passion. They defend they’re hobbies with zealous fearlessness. They are from fanboys and fangirls, to just regular people who want to do their thing, enjoy their hobbies and live their lives.

Most people, not all, who enjoy comic books enjoy video games as well. In my oh-so-humble opinion, not as many gamers read comic books. That’s all well and good, as I do think most gamers appreciate comic book characters. This is good for comic book publishers and video game developers. From a video game development standpoint, the character is already written. The hero’s story is already established. We already know the protagonist. From a comic book publisher’s standpoint, essentially the same thing; the fans of a game already know the characters, or in some cases, just how that universe works. So making a comic book based on a video game franchise is a great way to attract new readers, right?

It certainly worked for me. I am, indeed fairly new to comic book collecting. But, I was already an established “H-CORE Gamer”. The first comic book I bought since I was a very young, strange child, was, in fact, a Mass Effect comic. From there, the rest is history. That connection got me into comic shops. It got me picking up other books and reading them. Comparatively, I assume, picking up a comic based on a video game you haven’t played has the same effect. You like the characters, the places, the way the story goes, you will probably try the game. Win-win for everyone, eh? 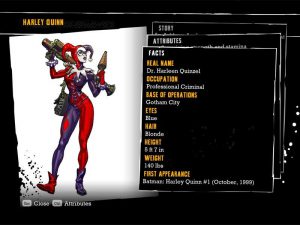 Then why is it not in the best interests of both parties involved in these media cross-overs to represent the source material correctly? Story development, game play mechanics, emotional connection with the character, smooth graphics and art. That last sentence was a list of essential attributes to any cross-over event. It’s also the list of things that will ruin a game/comic if not delivered properly. When each of these are accomplished, the results are magical. Batman: Arkham Asylum and Arkham City are excellent examples of these things coming together in an orgy of awesome. Spider-Man: Shattered Dimensions and the new Amazing Spider-Man are also great examples of this geektasm.

There are also a variety of  Mortal Kombat/Street Fighter button-mashing-combo-move games done very well. Although most of these are lacking in the story development aspect, they are beautiful in their own way. The heroes and villains all move the right way, have the right powers, sound the way they should, but lack that emotional connection in the more RPG or Action-Adventure oriented  comic book video games. With that in mind, it’s pretty hard to screw up the rest of it. Although, anything is possible these days.

Why, then, are we served these amazing games and some terribly executed games on the same platter? All throughout the history of comic book video games there have been some awful ones. Need I mention most Superman games ever? (With exclusions, of course) Spider-Man games where your webs mysteriously attach to the sky? Thor games that leave you with a feeling of emptiness where there should have been a feeling of being a pure-power demi-god? Hulk games with grotesque game mechanics, and an all too familiar sense of emptiness? Who do the creators of these games think we are? Even as a gamer who doesn’t read comics, these abominations must be a complete turn off to comic books. The disconnection is a mood killer. 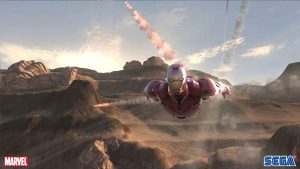 One of the most important aspect of any comic book’s success is character relation, or connection. It’s something that has kept all our favorite heroes around for decades. Why are the character owners allowing game companies to destroy that relationship? Is it budget? Hell, if that’s all it is, I say if you can’t (or won’t) afford to do it right: Big, Bold, Heroic, and Emotional, then don’t even bother wasting my time. If you’re not really going to make Iron Man give Arkham City a run for it’s money, then what’s the point? I’d rather play Batman through again, anyway. There are enough atrocious games on the market as it is. Why add games based on well established, widely loved characters on to that pile, too?

As I said before, crap comic based video games are possibly another reason the comic market can’t generate the new readers it needs. Or part of the reason long-time geeks stop going to the comic store. Another thing that is possibly detrimental, is poorly done video game based comic books. If I, as a gamer, decide to make the long trek to a comic shop to try out a book based on my favorite game, and it blows, there’s a very good chance I won’t go back.

Are media cross-overs risky? Yes. But they’re also essential, when delivered properly. I love video games and comic books. I especially love when they come together and make love to my mind. But, poorly done projects are more like thinking about your grandparents making love than your two favorite pastimes. Please, don’t ruin both medias by melding them wrong. Tommy, OUT!

Geek On A Budget: March 2011 Do you like to play games? Of course you do! My local comic shop (nominated for a Joe Shuster award)…

Comics In Gaming: Marvel vs. Capcom 3 Welcome back to Comics In Gaming, where I bring you word on comics-based video games with particular interest in how…

Editorial: Arkham Asylum Made Me Care I'm not above starting articles with an attempt at shock factor. I love comics, and I love superheroes. Ok, I…

Video Game Review: Earthbound While most people reading this will only be familiar with the character of Ness from the Smash Brothers series, which…