It’s the last New Comic Book Day of the month and there’s plenty to read. Invincible reaches issue 100, Orchid wraps up, the DC crossovers continue, and Marvel NOW! rolls on. Even if you’ve never picked up a comic before, there is still plenty to jump into this week. I’ll walk you through a couple of Big 2 titles and also two titles from some indie publishers. First up this week, Hawkeye! 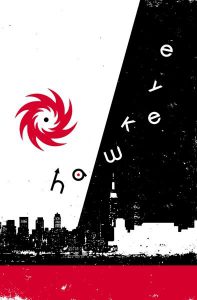 In this issue, both Hawkeyes, Clint Barton and Kate Bishop, must battle Hurricane Sandy. This series deals with what Clint does when he’s not being an Avenger, and, as he even states in this issue, there isn’t much he can do to fight a hurricane. He instead helps out a friend who’s worried about his dad while Kate is stuck in New Jersey riding out the storm. The story is about normal people doing extraordinary things, with a group of strangers saving Kate, the superhero, when she needs it. To make it even better, Matt Fraction is donating his portion of the proceeds to the Red Cross.

Steve Lieber and Jesse Hamm illustrate the stories of Clint and Kate, respectively. Each style compliments the story and character they tell and the dual nature of the illustration makes this issue even more special. Kate is often the “straight-man” in the comedy duo of the Hawkeyes and her exasperation has never looked quite so great as it did in this issue.

This is a standalone issue and really acquaints the reader with who Clint and Kate are. It’s a great way to get introduced to the weird and quirky comic that Hawkeye always is. 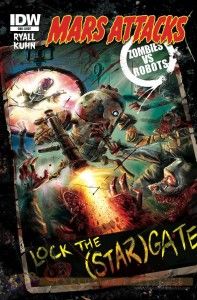 Zombies and aliens and robots! Oh my! The Martians have invaded Earth, but it seems that there is more going on. They find evidence of advanced stargate technology housed in a human bunker with nuclear weapons. In their quest to get them, the Martians run into dead and decayed, yet somehow still mobile, humans! And while battling these zombies, they encounter another sci-fi staple: robots! Treachery abounds and the Martians are forced to go back to the drawing board on their plans to steal the stargate technology.

Chris Ryall and Andy Kuhn do the story and art, respectively, for this story. It’s a relatively simple story with good art that serves as a way to have fun in the already quirky Mars Attacks universe. The overall writing wasn’t bad, but wasn’t really impressive either. It felt almost strained at some points. The art, on the other hand, fit the pulpy sci-fi feel rather well. Three mainstays of the sci-fi genre came together in this comic and each looks top notch.

This standalone issue could be a decent place for new readers to jump on. It’s not going to fit into the structure of the series as a whole, I’m sure, but it’s a fun enough idea to pick up a comic for. 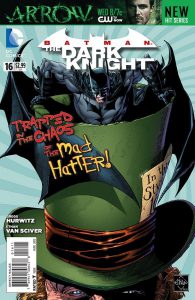 Everyone knows who Batman is at this point. With the wealth of Batman titles out there, it’s hard to decide which, if any, to pick up. This week Batman: The Dark Knight #16 is examined. This series, while centering on Batman, tends to deal with a bit different set of adventures than the main Batman title, often focusing more on his relationships with people in Bruce Wayne’s life as well as those in Batman’s life.

Riots and kidnappings are all over in Gotham City recently and Batman is looking for the patterns behind it all. It’s only after stopping a kidnapping and interrogating The Penguin a bit that he thinks he might understand the madness of it all. It’s then that we see the reintroduction of  a classic Bat-villain back into the New 52 and his introduction is in a very big way.

I actually think this is a great issue to jump into this series, and possibly Batman as a whole. It gives you a decent background of things, and while a bit of previous knowledge would help, you’re not lost. While Scott Snyder‘s Batman gets more press, The Dark Knight seems just as compelling. 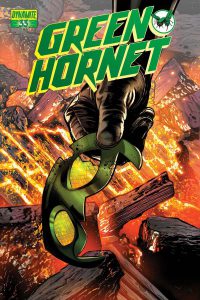 This comic featured a very brutal protagonist, which seemed very out of place considering my only previous knowledge was the movie. The story moved along quickly, too quickly in my opinion, setting up a case, solving the case, and setting up a new threat all by the end of the issue. The art is great which helps to save the issue overall. It doesn’t seem as if each character is given enough time to actually be a character, with the issue’s bad guy appearing on just a couple of pages before he’s killed.

The issue is open to new readers, I would say, but I don’t think it’s reader friendly in general. I was a new reader and I found it hard to power through this issue that just moved too quickly for me to really get a bearing on who everyone was and the motivations of each character. The brutality of the new Green Hornet and the power armor also threw me off.

More comics and whether they’re fit for new readers. As I try to do every week, I jump into a new series too. So, maybe check some of these out if they interest you and see what I’ll be jumping into next week!