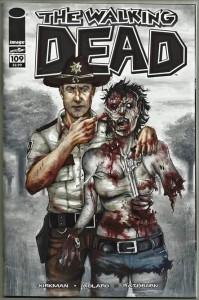 Just about anything is possible these days thanks to social media. For me, this interview would have never been possible without social media and a little bit of networking. I am a member of several comic book groups and communities on Facebook, one member in particular that I met a while back, Roberto Garza, had shown off a pretty cool blank variant cover sketched by his daughter Mabel. I was definitely impressed, especially when I found out that Mabel is just 17 years young. Once proud papa Roberto began to show off more of her work in one of our groups I took a larger interest in Mabel’s talents, and now with the power of social media and the help of Stashmycomics.com I hope to help more people realize Mabel’s talents. I’d like to ask please, if you’re reading feel free to share this article and help more people recognize some of Mabel’s fantastic artistic abilities. It’s also kind of cool that she was just selected to do a variant Red Sonja cover for Heroes’ Haven Comics in Tampa, Florida.

Mabel is a 17 year old high school senior from Falfurrias, Texas. When she isn’t drawing badass comic covers she’s busy playing the trumpet in the school marching band and the violin in the school mariachi band. Mabel recently had the honor of representing her congressional district for an art contest in Washington, D.C.

I had a chance to ask Mabel a few questions, here’s what she said:

Me: So, how long have you been drawing? When did you discover that you had a knack for art or is it something that you’ve continued to work on?

Mabel: I’ve been drawing for as long as I can remember. My earliest memories in school are me getting in trouble 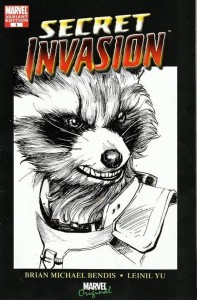 for drawing instead of doing work, or drawing on the back of a work sheet because I didn’t have blank paper. I would get comments from students such as “Wow, you’re good!” and I guess that kind of encouraged me to continue.

Me: Who is your inspiration, both personal and artistic? Why?

Mabel: I’d say my dad served as a sort of inspiration in a way. He was the first to ever seriously critique my work instead of just saying “Oh how nice!“ and looking away. Artistically, I used to watch a lot of Naruto when I was younger and I thought the art/animation was the coolest stuff ever. That was one of my first instances of artistic inspiration, but now I’m more inspired by the work of Simon Bisley and Brian Bolland.

Me: Do you read and/or collect comics? If so, do you have a favorite character or type of book?

Mabel: I don’t collect, but my dad does. I read every blank cover that I work on, but besides that I really like Judge Dredd books. My favorite character would probably be either Judge Death, or Judge Dredd himself, he’s such a badass!

Me: If you could meet one comic artist, living or dead, who would it be?

Mabel: Probably Brian Bolland. I love his art, and he also did the art on one of my favorite books.

Me: Do you have any plans on creating your own character (or book)?

Mabel: Well I’ve thought up a little story with characters and such, but I’m honestly just not creative with that sort of stuff! It’s mainly something I do to pass time, to have something to think about. So as of now, I have no intention on making a book or anything. 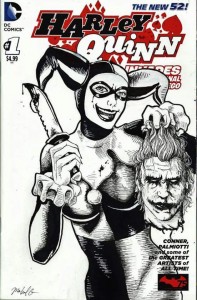 Me: Would you want to do interiors for an entire book or do you just like to do cover art? What book would you like to work on?

Mabel: I’ve never tried sequential art! I’m definitely going to give it a go in the future, but for now I just do cover art.

Me: What are your plans for after high school? Do you plan on attending an art college?

Mabel: I’m still going to do art, but I don’t think I’m going to attend art school or anything. I love doing artsy stuff and comic covers, so I’m definitely going to continue.

Me: What is your favorite piece you’ve drawn so far?

Mabel: I’ve yet to be totally satisfied with any piece I’ve done, but way back when I first started working with inks I did a sort of tribute to Herb Trimpe, and I liked that one a lot. I also did a Boba Fett in ink that came out nice.

Me: Do you have an all time favorite comic cover?

Mabel: Yes, Detective Comics 880. That’s just such an epic cover, I love it. I want to get a poster of that cover (or snatch the one my friend’s sister has!)

Me: Tell me about the process in getting the variant cover for Heroes Haven. How did that come about?

Mabel: The owner of Heroes’ Haven found out about me through my Herb Trimpe tribute I think. He bought it off of me and later asked if I’d do some blanks for him. After about 5 covers he asked if I’d want to do a variant for the store.

A Jock fan and an Herb Trimpe fan…the girl has taste.

Be sure to keep an eye out for this up-and-comer as she’s sure to be drawing the cover for one of your favorite book sooner rather than later. You can view more of Mabel’s work here, Mabel P. Garza Art.

Unfortunately Mabel is currently unavailable for commissions as she is busy focusing on school work and (do to overwhelming demand) other commissions, but keep an eye on her page and be sure to drop her a line if you’d like for her to do some work for you in the future.

“Mabel is extremely talented and we enjoy working with her. With her art talents she brings some of our wildest ideas to life on the paper. We look forward to working with her more in the future and even featuring her in one of our exclusive Heroes’ Haven covers.”- Peter Carbonaro, owner of Heroes’ Haven Comics.

Be sure to check out www.heroeshavencomics.com for all of your comic needs or check them out on Facebook! Heroes’ Haven Comics