Many moons ago there was a really excellent episode of The New Batman Adventures (one of the many incarnations of Batman: The Animated Series), entitled “Legends of the Dark Knight”. In it, a group of kids from Gotham City all share their stories of The Batman, stories not based on first-hand experience or knowledge, but from what they’ve gleaned via fuzzy news photos, urban legend, and their own wild imaginations. (A similar story appeared in Batman Issue #250, but the two were developed independent of each other.) Each version of Batman shared by the children differs wildly from the last, but each captures in their own way some of the essential alchemy that makes Batman, Batman.

This weekend we see the release of The Dark Knight Rises, the final chapter of director Christopher Nolan’s vision of what Batman looks like, and before we know it, another imaginative child will stand in front of the campfire, sharing with moviegoers the world over their version of Bruce Wayne’s alter-ego.

Don’t kid yourself. The next Batman movie is not far off. I give it until next weekend, two weekends from now, tops, before the first rumors begin to emerge about Warner Bros. post-Nolan Batman plans. I can’t even blame them. The lucrative Dark Knight and Harry Potter franchises are over and done, and somehow the studio has yet to prove they can build any long-term big-screen success around any of the dozens and dozens of iconic characters available to them in the DC Vault other than the Caped Crusader. Spider-Man was rebooted to a financial windfall just five years out from Sam Raimi’s Spider-Man 3. You really think we’re going to have to wait longer than that for Batman Again? 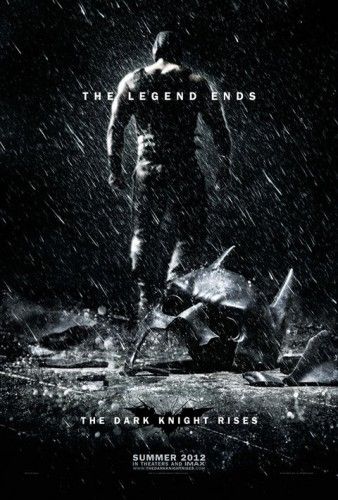 Truth told? I welcome it. Hey, more Batman is good Batman, as far as I’m concerned. (Some notable New York Times critics may or may not disagree.) And if there’s one thing we’ve learned  from Nolan, and Tim Burton, and even Joel Schumacher, it’s this: Batman and his supporting cast are wildly open to interpretation.

This, in my mind, is one key advantage the DC cinematic heroes hold over Marvel heroes. Marvel’s charm has always been that their heroes are everymen with foibles and failings. It’s the formula that worked for Spider-Man in 1962 and it hasn’t changed much since. The downside? There isn’t much flexibility in the telling of their stories. They are REAL people in REAL cities, passing up Metropolis and Gotham for their ever-under-siege Manhattan playground. I like Marc Webb’s Spider-Man more than Raimi’s, because he was funnier and taller and thinner and the movie was a little darker and better acted. Was The Amazing Spider-Man some wild reinvention of the wheel, though? Not at all. Spider-Man doesn’t have a mythos, he has a story, and there are only so many ways that story can be told. Same for Iron Man, same for Captain America.

But the cornerstones of the DC Universe are GODS, a trifecta of superior beings descended from on high to deliver humanity from wickedness. They came to walk among mortal man from the farthest reaches of space, from a hidden island of warriors, from a life of luxury and means most only dream of. This framework , this system of mythology, sets up a world of heroes far more open to interpretation and reinvention than is found in the Marvel stable.

I hope the knee-jerk reaction of Warners, though, is not the typical knee-jerkiest of knee-jerk Hollywood reactions: “Hey! The Nolan franchise was so freakin’ profitable, let’s do the EXACT SAME THING AGAIN!” Because, see, I love that we’ve gotten three films, one coherent arc, of Nolan’s rooted-in-reality, nuts-and-bolts, hey-here’s-how-it-all-works-guys Batman. He’s given us quintessential stories for The Joker, Ra’s al Ghul, and Bruce Wayne that are the equal of any of the stories told previously about any of these characters in any medium. I just don’t feel the need to see it done that way again. I think that three doses of Nolan-Bat are all I need, really; I think the auteur is bowing out at the exact right moment. (A tip for life: quit while you’re winning, kids.) And what I REALLY don’t need is seeing Warners mandate to their next Bat-director, “DO IT LIKE NOLAN!” Because if I don’t want to see another Nolan Batman, I CERTAINLY don’t want to see a Nolan-imitator Batman. 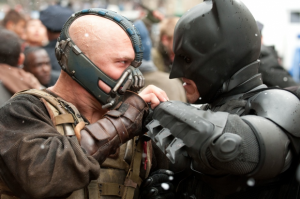 In fact, I want my next Batman movie to look at Chris Nolan’s vision… and run away from it. I want a Batman that is steeped in mystery, in darkness and shadows, who appears in being as well as in rumor to be as much animal as man, as demonic as he is mortal. I want to see the fantastic side of Batman, the mythical side, the godly side. I want his chosen rogues to reflect this: bring out Man-Bat. Bring out Clayface. Bring out Killer Croc (who may be unavailable having just appeared in The Amazing Spider-Man, big ups to J-Mart for that one!) I want the strings to remain hidden; I want to be fooled into believing this bat has wings. I want a cape that billows for days, and a daunting silhouette masking all human features. I want washed-out pupils, eyes of pure white. I want Robin! And no Chris O’Donnell crew-cutted, latex-covered, wannabe-Nightwing Robin. I want an ACTUAL Robin, a kid in red and green, being the light counterpoint to the dark of the bat.

So Warner Bros., hear my plea: you spread the wings and took a chance last time around, letting an unbridled auteur tell a story of Batman that may never have worked. Do it again. Take that second chance. Don’t be afraid to allow the Bat to leap into and out of the darkness, to let imagination and fantasy run rampant around Gotham, to let yet another bold new vision of Batman take flight.

Christopher Nolan did a tremendous job on three films. He did Batman justice. He did Batman right. But please, I’m begging you… don’t do it his way again. Not when there are so many other ways to re-imagine a myth.

Tom Hoefner (@TomHoefner on Twitter) is a playwright, theatre director, college professor, and would-be novelist living in Brooklyn with his wife and daughter. He promises: once the summer movie rush is over, there will be a lengthy column appearing in this space on the excellence of Batman: The Animated Series.