I’m a terrible critic. No, it’s true. I am. I’m not just referring to my complete lack of urgency to get any sort of review out on current movies and films at any sort of expedient rate, nor do I refer to my admittedly scattershot/financially determined decision-making process on WHAT to review. (Game of Thrones? Never seen an episode. Why? I ain’t paying for HBO, my dudes.)

What I MOSTLY refer to when I call myself a terrible critic is this: I don’t find that much to criticize about the stuff I go see. I think this does stem from my being a writer myself, and a reviewed playwright. I get it: nobody sets out to make a bad movie. Nobody sets out to make a bad TV show. Sometimes movies and TV shows are just bad (or mediocre) despite the best intentions and large dollars of many, many people. It is the ownership of this perception which makes me a very forgiving 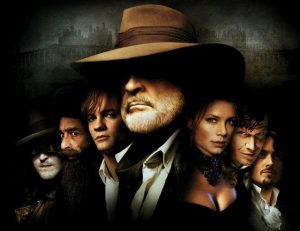 Also, though, I just don’t get MAD about mediocre/bad movies and such. FOR EXAMPLE: a few weeks back I saw, for the first time, the Sean Connery-starring LGX, or The League of Extraordinary Gentlemen, based on the Alan Moore comic of the same name. I know its rep; I’ve been told that it sucks HARD.

I did not come to that conclusion.

Oh, it wasn’t particularly GOOD. I don’t plan on seeking it out to watch it again. It just wasn’t particularly BAD, either. It just kind of… was. Maybe I feel this way because I had no preconceived notion of it. Maybe it’s because I’m not a particular fan of the comic, or of Alan Moore. Maybe it was free and I didn’t seek it out and whatever, it’s a movie on SyFy or AMC or some place, and you get what you pay for. But I honestly didn’t get, as I watched, what all the hullabaloo was about. Comics fans DESPISE LGX (for something besides that ridiculous abbreviation, I assume). I just don’t get that there was anything in that film worth the effort of expending that level of negative emotion on.

All that said, I want to play catch up. Here’s three spoiler-holding review-lets of stuff I’ve seen but, didn’t write up because, hey… and that’s all I’ve got as an excuse. Just some thoughts, in their viewing order:

Otherwise known as Star Trek II: The Wrath of Kahn. How come the only people who don’t like the JJ Abrams Trek-verse are hardcore Trekkies? I thought Kahn was just as good as 2009’s Star Trek, meaning it is ALSO the very best Star Trek anything ever. That first Trek was Spock’s film, and this one is most definitely Kirk’s. Benedict Cumberbatch is groovy in just about everything he does, as we 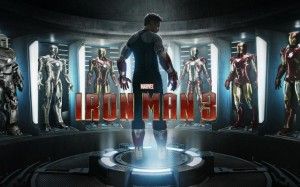 know, and this flick is no exception to that rule. Maybe most of all, though, I loved the bookends: the James Bond-style mid-mission opening scenes with the volcano-fearing natives, and the 5 year voyage send-off of the Enterprise in the film’s final minutes that promises to take us into the TV series timeline proper. Sign me up for the threequel!

If you like your Iron Man movies with 80% less Iron Man, then do I have the movie for you! A bold statement by Marvel Studios to open up version 2.0 of their movie-verse, and that statement is this: do not be lulled into believing the status-quo will be around forever. RDJ’s Tony Stark goes through a crisis of confidence and a full-blown nervous breakdown stemming directly from the events of Marvel’s The Avengers, and this closing chapter to the Iron Man trilogy (that’s what it feels like, anyway) is Tony’s re-discovery of the man beneath the armor. RDJ is in contract re-negotiations; he and Marvel should agree to walk away from each other and relegate Tony Stark to a consultant role in future Marvel-verse movies. Forget reboots, Marvel Studios has a tax-free opportunity to let their characters do something for the first time ever: age. Tony Stark outgrows the armor, passes it on to Rhodey… who maybe dies and we get a new Iron Man in the picture. Captain America eventually passes the torch, Thor leaves the Midgard plane behind him for good, NEW characters are introduced and the Avengers roster evolves organically, comic-book style, in a collection of films that are all connected and that are released over the next 40 to 50 years. I have a dream… 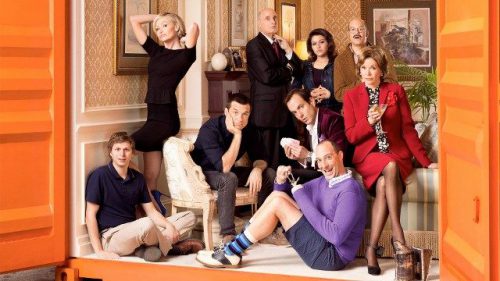 I watched AD for the first time on Netflix, just about a year or so ago, and adored it, as anybody with any amount of taste would. So yes, I was super-excited about Season 4, not just because we’d be getting more AD, but because if it worked it would be establishing a brand-new template of how serialized filmed entertainment can be produced and enjoyed. Is it too early to call the experiment a resounding success? Now, don’t get me wrong: this season of AD is uneven. VERY uneven. Its biggest weakness is also its biggest strength: the family is not together, and the real joy of AD is watching the Bluths live together in that awful model home. But it HAS been seven years, and the Netflix format allows us to spend more than enough time catching up with what each individual Bluth has been up to since we last saw them (seven years or so seem to have passed in Bluth-world, too). The Maebe, George-Michael, Buster, and Gob episodes are the strongest; the Lindsay and George Sr. episodes the weakest (George Sr. as a character only seems to work either in jail or on the run), with the rest rated somewhere in-between (Michael’s episode “The B-Team” works on a guest-star show-within-a-show level). Most of all, though, AD Season 4 is DARKER than Seasons 1-3, mostly because Michael (Jason Bateman), the one adult Bluth who at least SOMEWHAT always had his crap together, is an outright mess throughout, probably the most screwed up of what is a perpetually screwed up family. He’s the anchor of the show, the core the audience connects with, and when he’s a mess, we’re a mess, and the show’s WHOLE TIMELINE is a stinkin’ mess! It is a triumph that AD Season 4 is here, and it is filled with laugh-out-loud moments, and it is a worthy addition to the AD canon… but, as series creator Mitchell Hurwitz has been telling anyone who will listen, DO NOT expect it to be just more of the same.

I haven’t seen this yet. See? Terrible critic.

Tom Hoefner (@TomHoefner on Twitter) is a playwright, theatre director, college professor, and would-be novelist living in Brooklyn with his wife and daughter. He’s going to see Man of Steel this weekend and plans to write about it by the following week. Fingers crossed.

Geek Cinema: In Defense of the Prequels I’m a pretty positive guy. I’m also a very “it is what it is” kind of a guy. Unlike a…

Geek Cinema: Top 10 “Sh*t Just Got REAL” Moments in Geek Let's explain the parameters: this is not a list about the “best” moments, or the “awesome” moments. This is a…