I want Marvel Studios to make a bad movie.

Not that I like bad movies. I don’t. I’m just getting a little nervous. Superhero movies, particularly MARVEL superhero movies, for a very long time were particularly awful. Remember Howard the Duck? The Punisher? Captain America? (No, not the new one, or the couple-of-years-older new one. The one with the guy in the motorcycle helmet fighting a rubber-faced Red Skull. That one.)

Awful movies, all of them. Even more recent Marvel movies have been awful: X-Men Origins: Wolverine. X-Men: The Last Stand. Ghost Rider, either one. 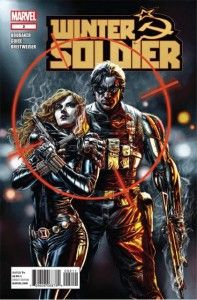 Those, though, are not Marvel Studios exclusive productions. (Actually, I’ll be honest: it’s tough to navigate the maze of producer credits to suss out who, exactly, is most responsible for which movie. Smarter folks than I would have a tough time nailing it down, so I’m not going to try.)

But the films that are specifically within the Avengers-verse of Marvel movies. Those movies. I want Marvel to make a bad one of those. Why? Because they seem to be unable to. And that’s… well, it’s creepy, is what it is.

I just saw Captain America: The Winter Soldier. Did you? No? You should go do that. Because it’s dope. Doper than you thought it would be, and odds are that from the moment the title was revealed you were confident it would be pretty darn dope. It is stuffed to the gills with cool Marvel-ness, stuff you didn’t even expect to be there, every frame of digital movie magic containing some connection to the Marvel comic book universe. They even threw in the mad coolest Pulp Fiction reference, an in-joke worthy of Tarantino’s connected universe fetish.

(Sidenote: It is amazing, absolutely amazing, how far we have come in the thorough, intelligent, and thoughtful adaptation of comic books to cinema.)

So The Winter Soldier is likely the best of an already impressive series of films. That’s right, I said it. The best, from this group: The Incredible Hulk. Iron Man. Thor. Iron Man 2. Captain America: The First 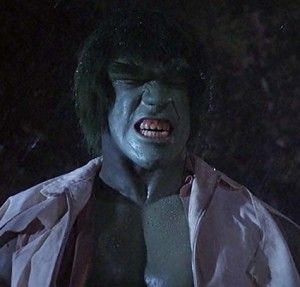 Avenger. Marvel’s The Avengers. Thor: The Dark World. Captain America: The Winter Soldier. Look at that list. Marvel at it, ha ha pun intended. There isn’t a lemon in the bunch. Sure, some of those aforementioned flicks are better than some of the others alongside them, and Iron Man 2 and The Incredible Hulk aren’t exactly GREAT films. But: they ARE entertaining films, and they sure as hell aren’t embarrassing films.

We all remember what embarrassing Hulk movies are like, right? 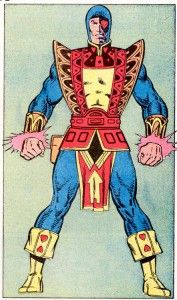 Hey, Marvel: could you maybe give us a half-baked Vision movie? Starring Jack Black in the title role? I mean, we almost had the Jack Black Green Lantern disaster. Why not just make DC/WB’s misstep for them this time? I’m sure they’d appreciate it. You could make Quasar starring Matthew McConaughey… okay, actually, that would also be pretty dope.

How about this: Next Summer… From Marvel Studios… You Don’t Know Jack… (BIG EXPLOSION WITTY ONE LINER PLAYING CARDS)… Shia LaBeouf is… Jack of Hearts!

Tom Hoefner (@TomHoefner on Twitter) is a playwright, theatre director, college professor, and would-be novelist living in Brooklyn with his wife and daughter. He’d really like to see a John Hamm frontlining a Suicide Squad or Martian Manhunter movie.

Check out his (Tom’s, not John Hamm’s) poorly named blog, where you’ll find more nerd-stuff, as well as his writing about writing, food, theater, the New York Mets, Fantasy Baseball, and the WWE: http://ploopet.blogspot.com/