Okay, that title is a little bit on the dramatic side of things. I admit that. Nobody is “killing” Mara Jade, obviously. She’s a fictional character; nobody can kill something that isn’t alive to begin with.

Wait. What’s that? You don’t know who Mara Jade is? Oh, okay, I’ll back things up. 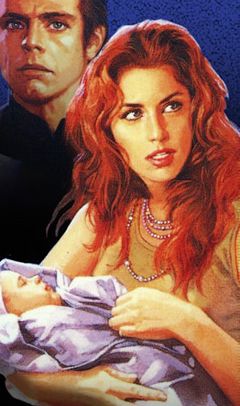 Mara Jade is one of the more popular characters to debut in Timothy Zahn’s novel Heir to the Empire, the birthplace of what has been since known as the modern Star Wars EU, or Expanded Universe.

Since the release of the initial three Star Wars films, there have been innumerable novels, video games, comic books, etc., etc. continuing the story of the mega-popular film franchise, and why wouldn’t there be? The EU has grown and cultivated legions of hardcore Star Wars fans, and (equally as important, depending on your point of view) grown and cultivated the wallets of Lucasfilm and many, many other corporate rights holders of the Star Wars brand. Let’s face it: there are a lot of people out there who will buy any old piece of crap that has the words Star Wars on it, and that’s not intended as a metaphor. Think about it.

But along with your Star Wars ashtray and your Star Wars breast pump, there have been amazing pieces of storytelling produced under the EU label by great, great storytellers and artists and game creators, hundreds of novels and comics and video games that have starred characters that have grown to rival movie mainstays Han Solo and Luke Skywalker in popularity among the legions of Star Wars fans across the globe. These include the aforementioned Mara Jade, introduced in Heir as the former Emperor’s Hand, a Force-sensitive deep cover operative and Imperial agent who answered only to Emperor Palpatine. When Palpatine dies at Endor she finds she has nowhere to go and falls in with a smuggler group, nursing a deep hatred for Luke Skywalker over the years, convinced it was he who ruined her life.

Okay, not really. As you may or may not know, and if you’re on this website, I’ll assume you do, Disney bought out Lucasfilm a while back. Five seconds after doing so, they sent out a press release that essentially said, “Yes, we’re doing more Star Wars movies. Duh. Ker-ching!” Again: can’t blame them.

Fast forward to: Lawrence Kasdan and J.J. Abrams, of The Empire Strikes Back and Star Trek fame, are working on Star Wars: Episode VII, a sequel to Return of the Jedi. This has left many wondering: what will Disney do with the Expanded Universe? Will they incorporate it into their upcoming films?

The answer to that is: no. No they won’t. Disney/Lucasfilm recently released this a statement that, in part, says this:

“In order to give maximum creative freedom to the filmmakers and also preserve an element of surprise and discovery for the audience, Star Wars Episodes VII-IX will not tell the same story told in the post-Return of the Jedi Expanded Universe.” 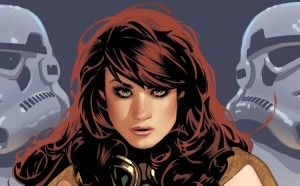 The long of the short of it, and I’m not putting the whole statement here so just take my word on this, is that Disney/Lucasfilm is pressing the DO-OVER button on the Expanded Universe. “But wait!” you ask. “What about Knights of the Old Republic or Shadows of the Empire? Those take place BEFORE the events of Return of the Jedi. Do THEY still count?”

Nope. Elsewhere in the release, it is made very clear: the only existing Star Wars material out there that the new Lucasfilm Story Group (the recently crowned gatekeepers of the “official” Star Wars universe) has deemed “canon” are Star Wars: Episodes I-VI, and the Clone Wars animated series.

Now: Lucasfilm ALSO made it clear they’ll be cherry-picking the EU for the best stuff as they go. So, yes, Grand Admiral Thrawn and Corran Horn may at some point appear, if not in films than in the NEW glut of novels and comics and video games set to take place under the Star Wars banner, all carefully plotted out to fit the newly prescribed canon. But if they do, if they step out of what was formerly the Expanded Universe (what is now to be branded as Star Wars: Legends, i.e. made-up stories about an already made-up universe), and new versions of them will be brought into the Star Wars canon official. 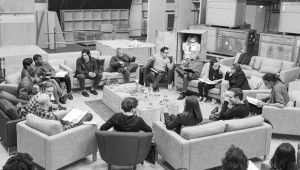 A cleaner explanation, comic book fans? Yeah, there might be an Ultimate Admiral Thrawn. But forget everything you knew about him, because it’s all subject to change.

And that’s a great geeky metaphor to compare this to. This is very akin to if Marvel Comics announced, “Hey, okay, the first 100 issues of Avengers, Fantastic Four, Amazing Spider-Man, and Uncanny X-Men all happened. But everything else since then? All the spin-offs and stuff? Gonzo, baby.” Which, truth told, wouldn’t be the worst idea…

Now to wait and see: how will the Internet react? Because my reaction is, well, of course they’re doing this. Disney didn’t spend a bazillion dollars for Lucasfilm so they could be creatively shackled. They want to do what they want to do. So this makes sense. And you know (or maybe you don’t know) how I feel about overly complex continuities: they do nothing but get in the way of good storytelling. So, okay, reboot it. If you LOVE the EU (and I LOVE the Timothy Zahn books, for the most part) then guess what: those stories are all still there. You can go back and play the games and read the books and whatnot.

I don’t, however, expect the Internet to feel the same as I do. I’ve already seen some comments along the lines of, “WHO DOES DISNEY THINK THEY ARE? THE FANS WILL DECIDE WHAT’S CANON! FANS FIRST! EU FOREVER!” I just think, and maybe it’s just me, but I think that if you get really upset about someone telling you which fictional universe is the ‘actual’ fictional universe, then you need more things in your life about which to get really upset about. But again, this is a fanbase from which sprung the film The People vs. George Lucas, a whole feature length documentary that’s essentially about Han shooting first. 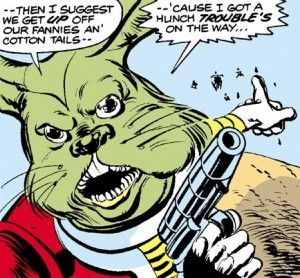 (Interesting side note: Star Wars fans have hated George Lucas since The Phantom Menace. I’m now opening the betting on when they’re going to start pleading with him to buy Star Wars back from Disney.)

So let’s be real: there’s going to be a lot of Star Wars content coming out in upcoming years, and I’m fairly certain that the Ultimate versions of the most popular Expanded Universe characters will make their way aboard soon enough, and that the really, really ancient Star Wars history stuff, the Knights of the Old Republic and the like, will be backdoored into canon along the way. For now, though, Disney/Lucasfilm have gone all scorched-earth on the Expanded Universe, nuked the whole damn thing, and along with it, the once-and-future Mrs. Luke Skywalker. You know: Mara Jade. Who is, for now (but only for now), just a hazy blue ghost from books that no longer matter.

Tom Hoefner (@TomHoefner on Twitter) is a playwright, theatre director, college professor, and would-be novelist living in Brooklyn with his wife and daughter. Remember, Expanded Universe fans: for every Mara Jade being wiped away there’s a Jaxxon the Green Space Rabbit being wiped away along with her. Hashtag silver lining.

Check out Tom’s poorly named blog, where you’ll find more nerd-stuff, as well as his writing about writing, food, theater, comics, Nintendo, the New York Mets, and the WWE: http://ploopet.blogspot.com/