How old are you?

You don’t have to be THAT old to remember the development hell that the Spider-Man film property went through; if you aren’t old enough or you just don’t remember, Wikipedia has a handy guide: http://en.wikipedia.org/wiki/Spider-Man_in_film (The James Cameron script treatment mentioned in the entry can be found online. Look it up. It’s truly heinous.)

So if you’re like me, and God help you if you are, but if you’re like me, when Sam Raimi’s 2002 Spider-Man hit theatres after decades of false starts and stops, it was the fulfillment of longtime personal fanboy dream: we were going to see Spider-Man live and in action, on film, larger than life! In fact, bonus points: living in New York and (at the time) Queens, I actually spied a few instances of Spidey filming-in-action. That’s right. I actually cared that much that I went searching for it.

Ten years later we can see the flaws in Raimi’s Spider-Man. The Tobey Maguire and Kirsten Dunst casting, now, looks less than inspired. Spidey wasn’t perhaps as funny as he should have been. The Goblin Ranger was unfortunate. Organic webshooters? Well, I’m still on the fence about that. None of that mattered in 2012, though. It was SPIDER-MAN! In the MOVIES! And not some Roger Corman Fantastic Four Piece-of-Unmentionable movie, but a real life, honest to goodness, big-time Hollywood MOVING PICTURE! With BRUCE CAMPBELL! ASH!

It was an event. It was epic. It made a buttload of money.

Fast-forward to 2012. The summer of… The Avengers! And… The Dark Knight Rises! And… 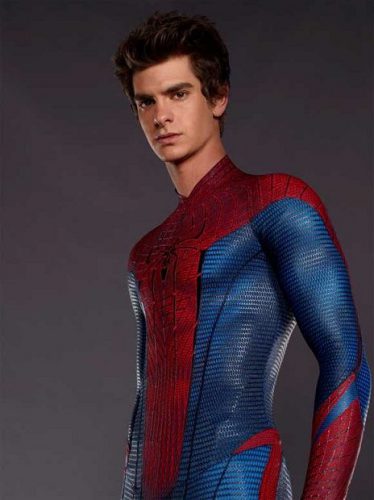 I know, I know. The past week or two has been the usual promotional blitzkrieg, and hey: this isn’t the first time Spidey has been outclassed by the Avengers. Be honest, though. Did you forget about this movie more than once? At some point were you surprised to look at the calendar and realize a new Spider-Man movie was hitting in July? I was, and Spidey’s my guy, yo. I was pants-wettingly excited for the 2002 film. Why so humdrum now?

Maybe it’s because we’ve seen more Spider-Man origin stories over the past several years than we know what to do with: Ultimate Spider-Man, Raimi’s film, the Spectacular Spider-Man animated series, the new Spider-Man: Season One… so yeah, I can forgive anyone who’s not that excited about a new Spidey movie because of origin overload.

Or maybe it’s because we’re just spoiled. Superhero movie nirvana is being realized twice this summer: The Avengers was everything comic fans could ever have dreamed for in a movie. Christopher Nolan’s Dark Knight trilogy, drawing to a close in a few weeks, was everything we never knew we wanted. What could another Spider-Man origin story possibly offer us that we haven’t already seen, honestly?

Hollywood films run in cycles. Genres have risen and fallen over the course of ten or so years for as long as film has been a commercial medium. The past decade has provided the comic book fan with an embarrassment of riches as far as film adaptations go. We moan and complain about the smallest minutiae now. Go back and click on the Wikipedia link above. Read about the Spider-Man films that almost were. We shouldn’t be complaining about anything. 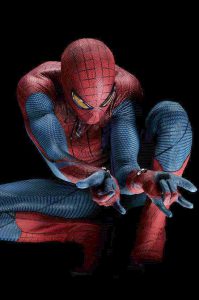 We’ve potentially reached the peak of the superhero movie cash cow. Nothing lasts forever, after all. Is the non-comics movie fan about to reach critical mass on their superhero burnout meters? Could be. Next year’s slate of superhero films, including Kick-Ass 2 and Man of Steel, as well as new entries for Iron Man and Thor, look tantalizingly eligible for flophood. So we shall see.

No matter how you slice it, The Amazing Spider-Man pre-release hype has been underwhelming within the consciousness of a public still nursing their Avengers hangover. Even though he’s the perennial underdog, the eternally overlooked, the original hard-knocks kid, you understand if ol’ Spidey himself is a little bit more bummed than usual.

Tom Hoefner (@TomHoefner on Twitter) is a playwright, theatre director, college professor, and would-be novelist living in Brooklyn with his wife and daughter. He’s going to throw his principles to the wind and see The Amazing Spider-Man in 3D because, dammit, THAT’S HOW SPIDEY SHOULD BE SEEN!