I’ve never been a Godzilla guy. Even as a kid, I remember flipping on weekend matinee TV and being only mildly engaged in the hyper-cheesy B-movie kitsch that Toho Studios was pushing out the door under the name Godzilla. The 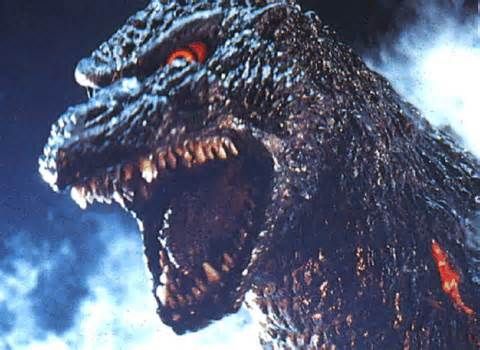 IDEA of Godzilla is cool. But the execution never quite cut it for me.

The first Godzilla movie I ever sat through, start to end, was… wait for it… Godzilla ‘98, the first American Godzilla, the one with Bueller? Bueller? Bueller? It was a movie that angered many people which, honestly, is an idea that I never quite understood. Being “angered” by a movie, I mean. You don’t like a movie, you don’t like a movie. Move on. (Note: my anger with DC/WB is very different. I’m not angry about any particular movie; I’m angry that they’re such spectacular eff-ups that they can’t figure out how to get a Justice League movie on-screen.)

But Godzilla ‘98 has been long decried by Godzilla fans as not a “true” Godzilla movie. That’s what I never got. Giant lizard terrorizes city. What more do you need? Okay, the execution was more 90’s American summer blockbuster (which is exactly what Godzilla ‘98 was, BTW) and less feature length Power Rangers episode, which is what lots of the Japanese-produced Godzilla movies feel like.

Which, you know what? Is exactly what Godzilla ‘14 feels like.

And now I get it. Why Godzilla lovers hated Godzilla ‘98. Because it’s NOT a Godzilla movie. It’s Jurassic Park 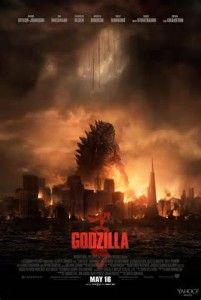 with a bigger t-rex and deadlier (sort of) raptors. Godzilla ‘14, better described as the first real American Godzilla movie, feels like a Japanese Godzilla. It feels like a B-movie with a 200 million dollar budget. Warner Bros. (and they did this movie right; props where props due) spent a ton of money creating a CGI Godzilla… who looks and moves a lot, A LOT, like a guy in a really good rubber suit. Think about that for a minute. That’s… well, that’s awesome. 1998 Godzilla, now known simply as Zilla in Godzilla lore, was not actually Godzilla. It was a stranger who co-opted the name, Azrael in a robot batsuit.

Even worse, maybe, was the feel of Godzilla ‘98, and its plot. If you’re like me, and you don’t love all things Godzilla but you went to see the new movie, even as a Godzilla neophyte it probably hit you at some point during the film just what it was Godzilla ‘98 was missing. Japanese Godzilla is deadly serious to the point of camp. Godzilla ‘98 was wisecrackingly American, with no real sense of danger to anyone involved. Godzilla ‘14 is decidedly somber, similar to the Japanese product, and, more importantly, it FEELS dangerous. The stakes to humanity feel legitimate, as they do in traditional Godzilla. Truly, director Gareth Edwards may have spent TOO much time focused on collateral damage. At least twice in the movie (a movie that takes Godzilla an hour to show up in, BTW) the audience thinks something like this: “Aw, yeah! Godzilla’s here! Time for a giant monster throw dow– oh. No, okay, we’re going back to Kick-Ass instead. Huh. Okay.”

So, yes: it’s okay next time to give us less people and more monsters. (This advice is also applicable to all future Transformers movies.)

The climax of Godzilla ‘14, though, is really where the failings of Godzilla ‘98 are laid bare. In ‘98, Godzilla was a monster, terrorizing people and laying insta-eggs in Madison Square Garden that hatched into little tiny Godzillas intent on hunting down Moe the Bartender and the Professional. That’s not Godzilla. Godzilla is giant monsters beating the snot out of each other while humans look on in awe. Godzilla ‘14 gives you that. When Godzilla and the MUTOs (his poorly named adversaries) face off to the twin blatting of trumpets, and when the advice that Ken Watanabe’s giant monster expert gives to the military is to “Let them fight!”, it really hits home to you: this is what a Godzilla movie is supposed to be. And if you’re like me, you think back to what Godzilla ‘98 was, and compare it to what Godzilla ‘14 is, and you think… “Ohhhh. NOW I get it.”

Tom Hoefner (@TomHoefner on Twitter) is a playwright, theatre director, college professor, and would-be novelist living in Brooklyn with his wife and daughter. Japan: where “rubber suited guys trashing a model city” is an entire cinematic genre. Remarkable country.

Check out Tom’s poorly named blog, where you’ll find more nerd-stuff, as well as his writing about writing, food, theater, comics, Nintendo, the New York Mets, and the WWE: http://ploopet.blogspot.com/. He is represented by Katie Reed of Andrea Hurst & Associates Literary Management.