This past Wednesday, Warner Bros. Pictures released the third trailer for their upcoming summer blockbuster, Man of Steel. This third trailer also happened to be the first trailer that actually showed anything worth seeing.

I was going to be pithy and clever and even complimentary with my next few sentences, but you know what? Warners doesn’t deserve that. Truth is, there’s only one thing any comics geek worth their salt should be saying to the boys and girls at WB right now, and that is this: This had better be good.

Time Warner, Inc., through its ownership of DC Comics, has exclusive access to the greatest pantheon of characters in the history of comics. Yes, I am a big-time Marvel Zombie (from back before the phrase “Marvel Zombie” meant something other than a cheap exploitative attempt to turn a quick buck by forcing the round pegs of your superhero books into the square holes of the horror genre), but I can only be honest: Superman. Batman. Wonder Woman. The Flash. The Green Lantern. Hawkman. Aquaman. Plastic Man. Martian Manhunter. Supergirl. Batgirl. Robin. 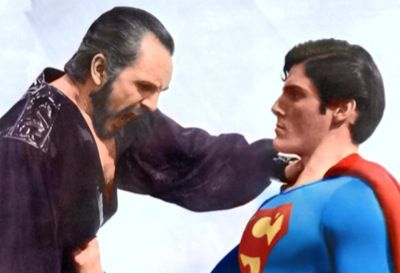 Shall I go on?

Those are the templates, man. Those are the real deal. When the world thinks “superhero”, the first thing that pops into our global collective consciousness is one of the characters listed above.

At least, that used to be the case.

Who knew we’d ever reach a day where Iron Man eclipses Superman in pop culture importance and relevance? Where Wolverine shows up in five movies (with a sixth on the way) before the Flash gets even one? Where more people are familiar with what Black Widow has been up to lately than they are with Wonder Woman’s most recent exploits? Where the Guardians of the Freakin’ Galaxy seem primed to make it to the big screen before the Justice League of America?

Are you kidding me with this? 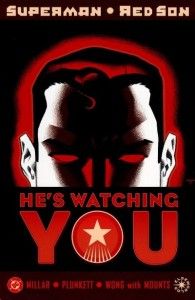 Superman is victim of Time Warner’s most egregious powers-based crime of all. Here is a company that owns the full media rights to the most iconic figure in superhero culture, and when’s the last time you saw or read a good Superman story? Like, a really good, stop-the-presses, this-is-the-best-book-out-there-right-now Superman story? All-Star Superman? Red Son? Superman: Earth One? Out-of-continuity books, all of them. Why can’t anyone get this guy right?

The crime is even more egregious on film. Look, I know I promised a column months ago on Superman: The Motion Picture and why I’m not a fan of it, but let me sum up right here what that column would have said. I recognize and appreciate that first Richard Donner film as the first major step for superheroes into the mainstream. But it set the standard for dumbed-down Superman stories that centered around the Lois/Clark love saga (do we all realize Superman: The Motion Picture was as much of a rom-com as it was anything else?) and gifted Supes with any power he needed right there and right then to save the day. And Superman Returns… did Bryan Singer use up all his geek karma on X2? Who thought it was a good idea to have emo Superman mope around and stalk Lois for two and a half hours before lifting a giant rock while his illegitimate son threw pianos? And who decided all major Superman films must have a wacky real-estate scheme at their core? You almost wish Jon Peters and his giant spiders and polar bears and gay robot sidekick for Braniac had happened. Even that would have been an improvement on Superman’s cinematic existence to date. (Don’t talk to me about Smallville, by the way. That show was 83 seasons of people waiting for Clark to become Superman and never getting to see it. I only consider a story a Superman story if Superman is actually in it. That’s my own little thing.) 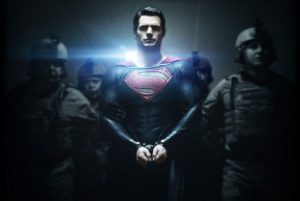 I want Man of Steel to work as much as anyone. Superman is the property of missed opportunities, and it is near unforgivable what Warner Bros. and DC haven’t done with the property, an accusation which extends to what they haven’t done with the rest of the Justice League, save Batman (who only worked when Christopher Nolan turned him hyper-real and lifted him out of any and all pre-existing DC Universe continuity.) You’d have to think, you’d HAVE to think, that Marvel’s The Avengers lit a big ol’ fire under Warner Bros.’ butt. In fact, I’d go so far as to say that, if Man of Steel is a great film, but Warner Bros. didn’t make the decision to Marvel Studios-style tease some Justice Leaguing in it somewhere (I’m thinking post credits) then that is just another opportunity missed, another ball dropped.

Warner Bros. and DC should be embarrassed. Man of Steel should unspool with a pre-film placard that reads, “Our bad, everyone. But this one is good, we promise.”

And it had better be.

Check out From the Casefiles of Race and Cookie McCloud, a blog of super-short stories chronicling the adventures of Race McCloud, Private Eye, and his 15-year old former-secret-agent-in-training niece Cookie:http://raceandcookie.blogspot.com.