It’s going to end, you know.

This era we’re in now. This Golden Age of Geek Cinema. It’s going to end. How do I know that? Well, you know, because everything ends. That’s the nature of things. They begin, and they go on for an indeterminate amount of time, and then they end.

Oh, I don’t know when that will be. Truth is, this cycle of sci-fi and fantasy film and TV has had as long a shelf life as you can imagine. Two big reasons for that, I think: 1.) special effects technology has reached the point where ‘guy in a suit’ and ‘cardboard building’ no longer have to 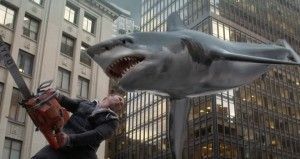 stand in for the imaginations of writers working well beyond the constraints of our physical reality, and 2.) the writing doesn’t all-the-time suck on these things. The people who get sci-fi and fantasy, it seems, are somehow being allowed to write mainstream sci-fi and fantasy for film and TV. Imagine that.

And here we are. Superheroes are tentpoles where they were once gambles. New fantasy franchise attempts keep popping up, because every studio is salivating for the merchandising windfall of the next Hunger Games or Twilight. Science fiction serial storytelling is no longer the domain of Buck Rogers or Flash Gordon, as every major network trots out two or three new attempts at the genre in each development cycle.

But it’s going to end. And when it ends, it’ll end hard. It’ll be like E.T. No, not the movie. That’s a classic. E.T. the video game for the Atari 2600, the system that ushered in the first golden age of home video gaming, and the game that killed the system.

Maybe we’re seeing signs of it already. Guardians of the Galaxy is great, sure, and more proof that Marvel Studios can do no wrong. But 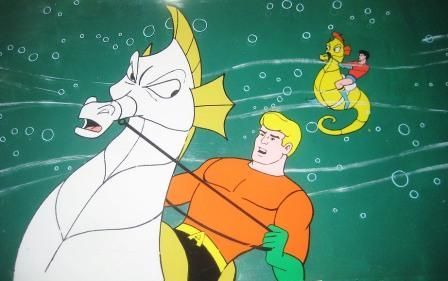 it’s sharing the box office with a Teenage Mutant Ninja Turtles film that… maybe the last said about that, the better. It’s a Michael Bay film, at least in production name. He is, apparently, bombproof, perhaps because audiences know just what they’re asking for when they pile into the theatres to see his latest wet fart of a movie and, for whatever reasons, that’s the one time they check their critical thinking-slash-Internet complaining skills at the door.

But maybe Ant-Man proves to be Marvel Studios’ first big misstep. Ant-Man is the Marvel equivalent of Aquaman after all, the guy who is on the premiere super team of his universe but holds the power set that makes everyone snicker a little bit. Or maybe Avengers 2: Age of Ultron is a convoluted cluster-bomb; remember, the first Avengers never had any business working. Is the envelope being pushed too far? Maybe the pretentiously titled Batman v. Superman: Dawn of Justice is a dud on arrival. Maybe the long rumored Ghostbusters 3 will be as bad as Ghostbusters 3 is undoubtedly going to be. Maybe the next Godzilla movie doesn’t get the benefit of the doubt (especially if its marquee star gets killed in the first act, too). Maybe Star Trek doesn’t survive the passing-of-the-baton to a new director. Maybe Peter Jackson goes back to the Tolkien well, somehow, again, and everyone decides that, you know what? They’re sick of it. Maybe the new franchise in the Harry Potter universe, based on the barely-a-book Fantastic Beasts and Where to Find Them, isn’t the Indiana Jones-meets-magic all-out adventure we wish and dream it will be. Maybe my computer will run out of hyphens. Maybe this new Independence Day sequel that’s forthcoming will remind everyone of the 90’s when, hey, this stuff SUUUUUUCKED, and the just like that the magic will be gone.

I have no idea what will do it. But it’s going to happen. So what do we do? Well… we enjoy it, while we can. Because you can’t stop nature. So, you know, stop complaining about Batfleck or how Gal Gadot doesn’t look “tough” as Wonder Woman (side note: some people are effing blind and need to be punched, hard, maybe by Gal Gadot). Because what we’ve got now is better than what we’ve ever had, and it ain’t gonna last forever.

Tom Hoefner (@TomHoefner on Twitter) is a playwright, theatre director, college professor, and would-be novelist living in Brooklyn with his wife and daughter. Seriously, Dan Aykroyd needs to stay the hell away from Ghostbusters 3. No offense, Danny.

Check out Tom’s poorly named blog, where you’ll find more nerd-stuff, as well as his writing about writing, food, theater, comics, Nintendo, the New York Mets, and the WWE: http://ploopet.blogspot.com/. He is represented by Katie Reed of Andrea Hurst & Associates Literary Management.