It has been said in many places: we’re in a golden age of the superhero movie. Coming this summer, there’ll be no shortage of ways in which you’ll be able to get your geek on at the multiplex: The Avengers, The Dark Knight Rises, and the Amazing Spider-Man are all set for big releases, and it is pretty much assumed that all three will find success one way or another, either critically or financially, perhaps even both.

This is the modern norm. The superhero flick has become a standard “tent-pole” movie for major studios (a “tent-pole” film, for those who may not be aware though many of you likely are, is a movie that a big-time studio sees as the release that’s going to financially make-or-break their entire fiscal year). And more often than not of late, they’ve delivered the bank, and perhaps most surprisingly, many, many, many of these films have been good. Well, actually, if you pay attention to the history of these things, it’s not a huge surprise that we’ve had a slew of superhero flicks in recent years that have been “good”. The REAL surprise is that we’ve had a slew of superhero movies that have been “not completely freaking awful”. 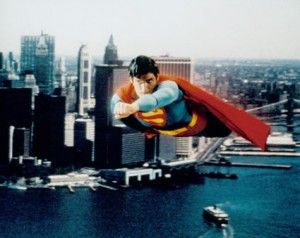 Let’s get real: superhero movies sucked for a long, long time. If you define the modern era of superhero films as having begun with Richard Donner’s Superman (I do) and start counting from there, you’re going to find the genre sputtered out the occasional critical and/or commercial hit (mostly movies that began with the prefix Super or Bat) and a slew of flicks that, for peeps like us, have a definite cult/kitsch appeal but not any real mainstream success or longevity, and many of which, really, were pure unadulterated key-rap. Look at the list: Steel, The Punisher (’89). Captain American (’90). Barb Wire. Tank Girl. Howard the Duck (oh, Lord, Howard the Duck). Mystery Men. The Meteor Man. Judge Dredd. It goes on.

Sure, you may have a soft spot in your heart for some of those flicks, as I do for, say, Dick Tracy or the first Teenage Mutant Ninja Turtles or maybe even The Rocketeer. And I’m sure I’ve left your favorite off the list, the one that you’ll point to and say, “Now, hold on…!” But did that favorite, or any of those other films listed above, define a genre? Did they launch a standard? Did they tip the superhero movie rule-of-expectations away from “they suck” to “they rule”? Not so much. So what did? What got us to the point where we now find ourselves, where we (heaven forbid) expect our capes-and-cowls movies to actually be entertaining and well made and smart? 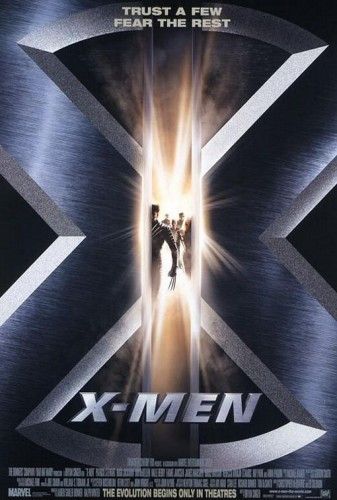 Bryan Singer’s X-Men does a lot of things wrong, in hindsight. The costumes are clunky. The team roster is thin and underdeveloped. The Cyclops/Jean Grey chemistry is awkward and uncomfortable. (Cyclops in general doesn’t get a fair shake in the X-films, something that always irked me.) Hugh Jackman is a terrible Wolverine, too tall and good-looking. In fact, making Wolverine the center of the film was probably a mistake; Logan always works best for me as a supporting character, the little hairy angry dude. The wirework is dreadful. The combat is mostly uninspired. The plot is “meh”. And finally, Halle Berry’s Storm gets that one really unfortunate line about toads and lightning.

So why the hell did it work? Why did it succeed where other films failed? Why did X-Men raise the bar for an entire genre where the Batman and Superman films never did? Why did everyone else making a comic book movie seem to look at X-Men and say, “Oh, boy. We better get our shit together.”

For starters? Bryan Singer is a hell of a director. Patrick Stewart is a hell of an actor. Hugh Jackman showed he was an honest-to-God movie star. capable of carrying even a superhero flick in which he had been miscast. The clunky black leather turned out to look better on screen than spandex or fake rubber muscles, looking like something people might actually WEAR when cavorting around performing super-powered heroics. And probably most of all, more than most other superhero flicks prior, X-Men was the quasi-mainstream property the fans of whom could watch and say, “Hey! That actually IS the X-Men! They got some pretty key stuff right!” (Cerebro, Magneto in the concentration camp, Professor X’s wheelchair, Cyclops’ visor, the sound of Wolverine’s claws…you know, the important stuff.) And did I mention Sir Ian McKellan?

And of course, there’s the technical stuff: by 2000, special effects had reached the point where the imaginations of comic book writers could be approximated in live action on the big screen. There’s the societal stuff: enough time, perhaps, had passed by 2000 to fade away the long-term damning influence of both the Comics Code Authority and the Batman 60’s TV show on the mainstream perception of superhero fare as campy kids dreck. 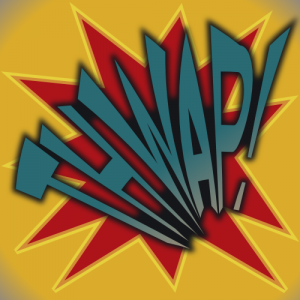 But to me, X-Men is an important milestone in the genre of superhero films for one big reason: the creative team involved, starting I would suppose with Mr. Singer, didn’t decide to make a superhero movie, or a comic book movie. They decided to make a movie about people who happen to be superheroes. And when you think of it, the X-Men, long understood to be the go-to comics characters for exploring racism and bigotry and social injustice, were the perfect team of costume-clad mystery-men with whom to take that big screen leap away from “BAM!” and “THWAP!” and bright colors and neon, and towards stories grounded in character and real-life issues. (or, you know, as real-life as stories about a guy wearing a jump suit made out of a stealth bomber can get.) X-Men was the moment in cinematic history where the superhero movie stood up and said, “Okay everyone. You can take us seriously now. It turns out we’re legit.”

Singer’s track record isn’t flawless. X2 bettered its predecessor in almost every way, but Superman Returns fell resoundingly flat. That, however, is the beauty of this era: when a superhero movie fails to live up to expectations, we no longer hear, “Oh, man, superhero movies suck!” We now hear something along the lines of, “Oh, man, Green Lantern sucked!” The disparagement is no longer universal. The genre now gets to separate itself from its worst torchbearers, and it all started with X-Men. So as it turns out, you know what DID happen when a Toad got struck by lighting.

Tom Hoefner (@TomHoefner on Twitter) is a playwright, theatre director, college professor, and would-be novelist living in Brooklyn with his wife and daughter. Full disclosure: when he first heard the line about toads and lightning, he thought it was pretty bad-ass, because we all know comic book Storm could kick the crap out of Toad, and that was the moment where movie Storm realized it as well, that the power to jump a lot and spit phlegm was so insignificant in comparison to what she could do that it wasn’t even worth an actual witty remark. But then, he can also rationalize away the Peter Parker dancing scene from Spider-Man 3 and the entire run of All-Star Batman and Robin.

Geek Cinema: This Thing Doesn’t Work On Yellow! (Or on Avengers... The Dark Knight Rises... The Amazing Spider-Man... I'd say we had a pretty successful summer at the cinema. We…

Geek Cinema: This Had Better Be Good This past Wednesday, Warner Bros. Pictures released the third trailer for their upcoming summer blockbuster, Man of Steel. This third…