How much is my comic book worth? We get this question from time to time on our forums. Mostly from folks who are new to the hobby and want to know the monetary worth of their collection either from curiosity or perhaps hoping they might have stumbled on a treasure. Indeed, the worth of a comic book has been discussed numerous times and the simple answer is:

#1 A comic is worth exactly the amount someone is willing to pay for it. It’s a frustratingly abstract answer I know. But it’s the truth. Fortunately that’s not the whole story. There are ways to determine a comic’s potential value. Let’s look at a few things you need to think about to get an answer to the opening question.

#2 Scarcity + Demand = Potential value [S+D=PV]. This is common in all economies.  The less there is of something and the more people want it, the more they are willing to pay for it (until they won’t). This principle is the reason behind the myth that old comics are inherently more valuable. That is indeed a general truth but only because older comics were considered disposable goods and were rarely preserved and archived by collectors – making those books rarer – even though they had much higher print runs than modern books. So that begs the question, what are the main factors controlling scarcity and demand? 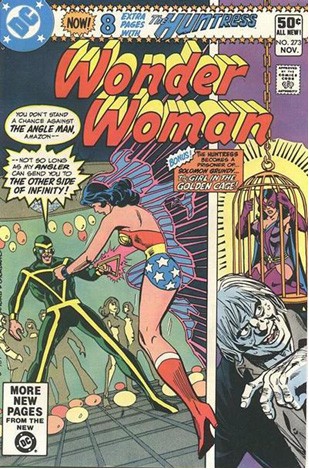 #3 Popularity.  Basically the more popular something is, the more people want it. Superman comics are much more “collectible” – in terms of investment collecting – than comics featuring Angle Man. Simply because there are more fans of Superman than there are Angle Man fans (are there Angle MAn fans? Speak up in the comments below so we can all tease and taunt you). This is why most comics that fetch a substantial price are of the Superhero genre. People love superheroes. But not everything that is recognizable is in demand. You need to narrow it down further.

There are many other things which dictate what may or may not be a key issue and it’s practically impossible to predict  what will come to be known as a key issue. Some comics can spike in value for a short time because it’s “hot” and then quickly cool down. Such a thing occurred when Captain America died. There was an immediate but short-lived glut which caused the book to sell at multiple times cover price but speculators soon moved on the the next hyped comic, driving prices of Captain America #25 back down again. Other times an obscure comic in low demand suddenly becomes key and experiences an increased popularity because it contains the appearance of a lesser known character who is rumoured to appear in a comic book movie. Such a thing happened with Alpha Flight #33. Even in retrospect it’s difficult to determine what can be deemed a key issue or not. It just seems to happen organically and some issues stand the test of time while others don’t. It can be the death of a character, the first work of a popular creator, a critically acclaimed comic and a great many other things. This is the reason why StashMyComics.com does not track key issue data in it’s comic book database. Beyond 1st appearances, deaths and special events which we do track (those encompass the bulk of key issues anyway), it’s just too abstract and fluid to make for reliable data. But you could head over to our forums and ask the friendly fans there if some of your comics might be considered key.

#5 Condition. Comic books are made of materials which disintegrate with time, exposure and handling. The more defects a comic book has the less desirable it is. It is practically impossible to prevent a comic book from accumulate any flaws, so a comic book which matches the above criteria and is in excellent condition – said to be of a “high grade” – is rarer than one in a “low grade”. Now just as with first appearances and key issues, some funky logic applies here too. Most comic books will fall into mid-range grade (ie. moderately worn), so books in very bad shape are actually rarer than books in moderate condition. But of course, we desire books that look nice, so high grade books are more in demand. Plus if badly worn books were in vogue, it would be very easy to artificially amplify the value of your book by giving it to your dog as a chew toy. Common sense being what it is though, books in better shape that are in demand will fetch a higher price than the same books in worse condition. For more on condition, follow us on twitter  or facebook for updates on blog entries, one of which will delve deeper into condition and the meaning of grades*. 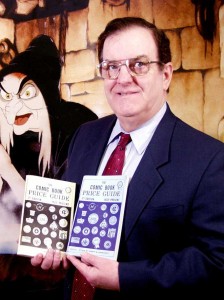 #6 Third party. As you can see, determining the value of a comic book is a subjective endeavour. An inexact science at best.  Impressively, some courageous individuals have tasked themselves with creating a standard guideline for comic book values. For a long time, the Overtstreet Comic Book price Guide has been regarded as an authority on the subject. Its price guides have been the most popular and most trusted. In recent times however, ebay has made headway as an arbiter of comic book values. It has the advantage of offering real time auction results on a diverse array of books of varying conditions, providing the buyer and seller with a good reading on how the market is reacting to certain books. It shows actual sales transactions as opposed to a projected potential value. Overstreet is still used as a guideline in some circles and is a well-respected name in the hobby and I think it is a tool the comic collector would do well to familiarize him/herself with.

You can also use StashMyComics.com as a third party tool for value determination. The value data is largely user submitted and so it must be used in tandem with other tools available to you but it can give you a general starting point for assessing a comic’s worth. One way I like to use this site’s data is to submit a value I cull from ebay and/or Overstreet and then adjust the condition of my book to calculate roughly the value loss or gain of a change in condition. Try it on some of your books, you’ll  no doubt find the process enlightening.

Another third party which can affect value is CGC. The Certified Guarantee Company offers third party grading services. These experts hope to provide an objective grade to any comic you send them. Comics which have been “slabbed” by CGC tend to fetch higher prices for a few reasons. For instance, CGC inspects the books they process to detect undeclared restoration thus providing a certain amount of fraud protection to the consumer and they seal the books in what they claim are archival materials. There are a few ins and outs involved with third party grading so you might want to read up on it here before you start boxing your books to send to CGC.

In conclusion: Above all else, the single most important aspect for determining the value of a comic is how much you like it. The monetary value of your comics is certainly an interesting aspect of this hobby, but it’s just one part of what makes the hobby so much fun. Reading comics, completing a collection, meeting people and talking about comics with your friends are also very rewarding aspects of being a comic book collector. So have fun hunting for comic book treasures but know that sometimes the most valuable treasures aren’t worth any money.

* A quick note on autographs. They can increase the value of book that are already in demand or if the creator who signed it is popular. However, autographs are usually deemed to be defects if they are not certified by a third party such as CGC

StashMyComics.com is a free comics cataloging software website for organizing your comic book collection. Sign up here for a free account to start tracking your comics collection in less than a minute, completely free.