You may have seen the correspondent report I wrote when I went to Tricon earlier this year. If you haven’t, give it a read and come back. As I said in the report I had a great time and because of that, I wanted to interview one of the people responsible for putting on such an awesome show.

So I tracked down Eric Watkins to talk about the con I just went to, and the plans for next year’s show. Go ahead and mark it on your calendars! April 6th, 2013 in Huntington, West Virginia. One thing I quickly noticed, and I hope you will to, is how passionate Eric is about bringing a great comic con to WV. On that note, enjoy the interview!

EW: Thank you, thank you.

SMC: From what I saw, there was a pretty big turnout. Did the crowd meet your expectations? 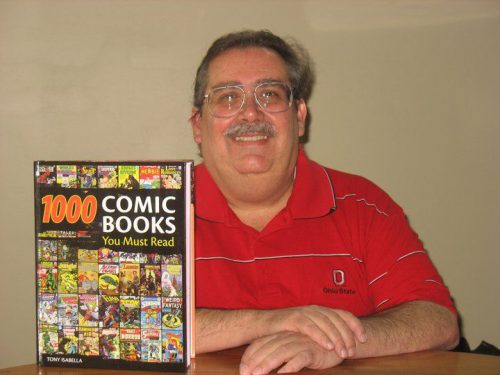 SMC: How important was it to move the convention to earlier in the year so the college crowd could go to it?

EW: We knew that Marshall obviously adds a lot of population to Huntington, 15,000 kids go there. And a good portion of those kids are outside of the direct Huntington area. So we knew that if we moved it up, we had the opportunity to hopefully have some of the kids, want to come down on a Saturday and hang out. And people that are interested in comics, or interested in writing or art, would come down and see what they could do and see what they could find to help them out. So we thought that moving it up would be the best date to maximize more exposure. Because the big thing for us is that we want people to come and enjoy comic books, that was our biggest thing with putting a show down there. We wanted people to really get into it, and we figured moving it up into April was the best bet to basically maximize the full amount of people that are in Huntington.

SMC: Was there anything specifically that motivated you to bring a convention to Huntington?

EW: My business partner is actually from Huntington, and he’s always said there is a following in Huntington, not only for just comics, but in that region for writing and artwork. There’s so many comic book shops in the Charleston and Huntington area, and even into Kentucky. There’s so many comic shops, game shops, and card shops. It’a really rare for major cities to have that many, like Columbus has 4 that I know of. And in that general area of Columbus, there’s 7 in the tri-state area, in Charleston and Huntington and in that general vicinity.

It was something that hadn’t been done in Huntington since ’83, and in ’83 it was a huge success. The only reason why it didn’t come back was because the man who promoted it got a job with Marvel, I believe, doing promotions for them. So nobody picked it up and kept doing it. 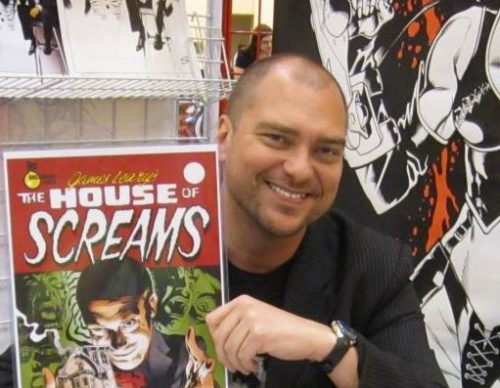 SMC: I was kind of surprised to see a convention come into Huntington, just because Huntington and the surrounding area, there are a lot of shops, but it never struck me as somewhere that’s had a great demand for comics in this area.

EW: With Marvel,well now Disney, really pushing out the comic movies, there’s been a huge influx of people that are at least checking out and seeing what comics are all about. With the Avengers movie I think sold out in every theatre nationwide at midnight, and I know in Huntington they had sold out for the midnight viewings. It’s one of those things that with people looking at these comic books and you don’t have to like comic books to appreciate how great the Avengers movie was.

But people who aren’t into comics are now going to comic book shops and looking at stuff. A good friend of mine owns a local shop up here and he said that after the Avengers movie came out, there was an increase in people bringing their kids and people inquiring about comics to see what they were all about. And he actually had the largest increase in pull orders in a single month than he has ever had since he’s ran his comic book shop. So I think it’s one of those things that I know a lot of people get really staggered by the number of shops in West Virginia versus other states, but when we first started doing it, when we looked at that, we looked at the retailer list in Ohio, because that’s where I’m from, and we looked at the retailer list for WV. The one thing about WV that is not like that in Ohio, is WV population is basically clustered in sections: Huntington, Charleston, Parkersburg, Clarksburg, Morgantown. In Ohio, it’s so evenly spread that you expect more shops because there’s more population per square mile. But, we weren’t scared at all, we knew that we were gonna do well with WV. We thought that the area was starved for one because were curious but they didn’t really have an outlet.

The one thing with comic book shops, some people just don’t know they exist. Even if they’ve lived somewhere their entire life, the area we live in, there’s people that have lived here their entire life and there’s 90,000 people with 15 miles and I’m amazed at how many people don’t even know there’s a comic book shop in one of our towns. And doing a comic convention I think puts into the spotlight that there are still comic shops. The one thing I can say about Huntington is everybody that came to that show was extremely receptive. And we do the convention circuit because I own an independent press company and a publisher and it was amazing how many people were telling us that when they were at the show, that they said “I’m gonna make my rounds and come back.” Normally in convention terms that means “I’m not gonna come back. But, thank you.” But people were actually coming back. And I couldn’t even begin to name how many people at the show said that it was one of their best shows ever.

SMC: You mentioned the increase in popularity from the movie, did you talk to anyone who specifically came because of their interest in the movies?

SMC: Were there any challenges that you ran into?

EW: The one thing I will say about running a convention is, you can plan it out as you want, but there’s always stuff that pops up at the end that kills you. And it’s mostly financial stuff. The one thing I will say is it ran really smoothly. We gameplanned everything, there was a couple hiccups that popped up, like our charity auction. We want to do something different with it next year. But, other than everything really kind of went to plan.

SMC: Are there any new events that are being planned for next year?

We had some suggestions for a superhero theme song karaoke contest. That one we’re really going with too. Our scavenger hunt was a really big success this year, so I think we might expand that. We’re still working on some others, but the great thing was people really poured in suggestions of what they wanted to see.

SMC: What guests are confirmed for next year?

Right now, for next year, we have returning guest Steve Scott who did Batman, Hulk, JLA. Tommy Patterson, who did Game of Thrones and Farscape, will be returning. Beau Smith, who is a Huntington native, he’s going to be returning, he did Guy Gardner, Spawn, 24. We also have confirmation from Laura Innes, she will be returning. She did the Dreamer and she has a graphic novel called the Appomattox which is going to be released with an HBO series on the Civil War.

Then new guests, which I am really excited about, we have Robert Venditti. Rob was the creator of the Surrogates and he is also the writer for X-O Manowar, so it’s really exciting for us. We have 2 media guests right now that will be coming from the Walking Dead. One of them, Kevin Galbraith was the swamp walker, the Dale slayer. And Jeremy Ambler, who is actually the only WV native in the Walking Dead. And Tony Isabella will be coming. He’s the creator of Black Lightning, he had a long run on Ghost Rider. Wrote Amazing Spider-Man, Captain America, extremely old school. That’s the confirmed list right now.

SMC: Thanks for letting me ask you some questions.

Check out Tricon’s website for all the info about the show. They’ll be adding more guests, so keep checking back. And don’t forget to follow @TriconWV on twitter.

SMC Correspondent Report: Tricon 2012 I'm going to preface this report by saying that I had never been to a comic con before. Needless to…

Are You Positive? We all like reading comics here, right? We really enjoy running to our local comic shop every Wednesday and picking…

Geek On A Budget: March 2011 Do you like to play games? Of course you do! My local comic shop (nominated for a Joe Shuster award)…