Though the the Catwoman and Red Hood controversy died down, the comics blogosphere hasn’t run out of steam in regards to pointing out the gender inequalities found in comics and in its industry. They’re tackling video games, movies and TV and whatever else they can get their hands on. Regardless of how you feel about it (the protesters say they are calling attention to an important issue while their detractors feel this is making a mountain out of a molehill), for many this is serious business.

The claim is – if I may paint with a broad brush – that comics creators and employers as well as the fan base are misrepresenting women as well as under-employing and under supporting them. I bring this up because while perusing my collection the other day I came across this opinion piece by Julia Sabbagh from The Question #2, published in 1987 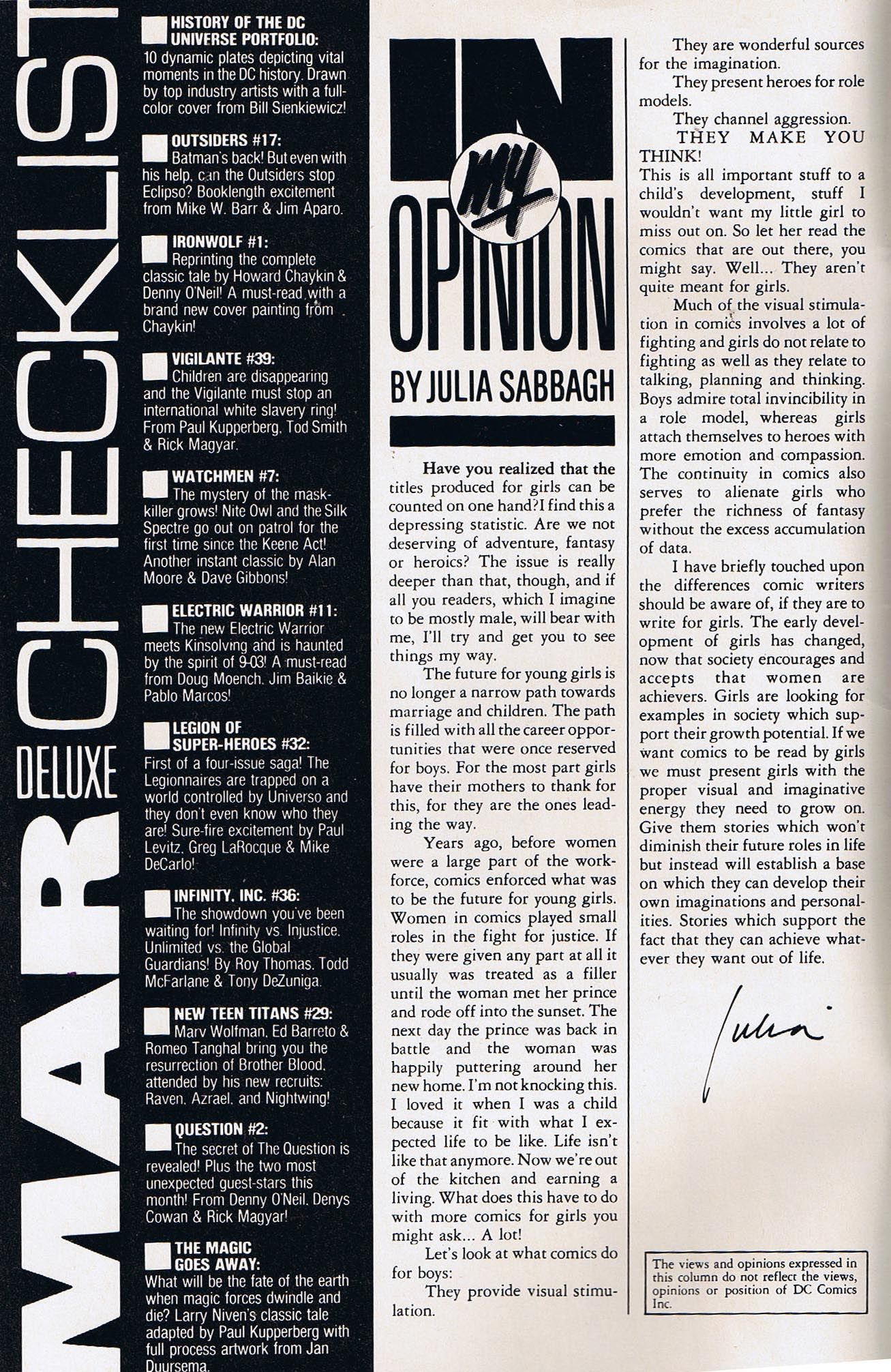 Here are a few choice quotes if you prefer not to read the piece in its entirety.

“Years ago before women were a large part of the workforce, comics enforced what was to be the future for young girls (…) now we’re out of the kitchen and earning a living.”
“Girls attach themselves to heroes with more emotion and compassion.”
“Continuity in comics serves to alienate girls who prefer the richness of fantasy without the excess accumulation of data.”
“girls are looking for examples in society which support their growth potential.”

Most amusing of all to me is DC’s disclaimer box at the end of the editorial which reads:

“The views and opinions expressed in this column do not reflect the views, opinions or position of DC comics.”

To be fair, that disclaimer is published under each of the opinion pieces printed in the series.  But the omission of the usual “does not necessarily” sort of ends up incriminating DC.

So you tell me. This was published 25 years ago. Did DC heed Julia’s council? Has the comics landscape improved for women since this editorial was published? Is this a real issue or are we just throwing a tantrum over a non-issue?