What a way to wake up in the morning! This was something that had been discussed in a podcast, and it appears that Image was scanning our brain waves. I think this is such a great idea, and a very smart way to attract new readers. What better way to get someone into a new comic than to offer the first issue for free? 215Ink does it, and it seems now that Image is doing it too.  Who’s next? We’ll just have to wait and see on this one.

The first issues of many of the new series launched in the first half Image Comics’ iconic twentieth anniversary year are now free at the digital distributor ComiXology. The issues will remain free permanently, starting on August 24. 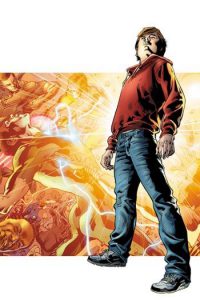 The free issues include the first issues of some of 2012’s best-selling comics, including SAGA #1 by Brian K. Vaughan and Fiona Staples, FATALE #1 by Ed Brubaker and Sean Phillips, THE MANHATTAN PROJECTS by Jonathan Hickman and Nick Pitarra, THIEF OF THIEVES #1 by Robert Kirkman, Nick Spencer, and Shawn Martinbrough, AMERICA’S GOT POWERS Jonathan Ross and Bryan Hitch, and MIND THE GAP #1 by Jim McCann, Rodin Esquejo, and Sonia Oback.

Many of these titles have been or will soon be collected into trade paperbacks, making the free issues the perfect way for readers to sample new Image Comics titles before purchasing collections.

How can you beat that?! Saga, America’s Got Powers, Danger Club,Planetoid, and Mind the Gap? These are such great series on their own, and Image is putting out that first issue for free?! Why are you still reading this? Head over to ComiXology and check them out!

Geek on a Budget – October 2011 Why Try Digital Comics? Since most of us have a limited amount of space we can devote to traditional print…

Twice as much as Marvel for a dollar less Official press release Okay, that’s a bold statement and possibly contentious enough to get you to read this but it’s…

News Flash: Saga #1 Gets 5th Printing! Holy smokes! I'm just going to take a wild stab in the dark here and say that this book is...…

Tim Gibson Talks Moth City – On Sale at ComiXology Feb When Comixology Submit first began last year, indie creators everywhere finally had a chance to get their comics in front…