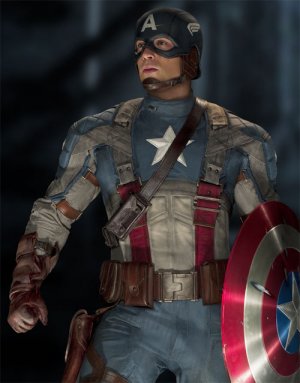 Just got back from this and here are my impressions.

The good:
This was a superbly constructed film! It hit the right beats at the right time. The casting was brilliant with Agent Carter looking like she lept out of 1941 and Lee playing a military leader with pitch perfect precision. Weaving was believably mad but smart as Red Skull and I could go on down the list of actors. Everyone felt like they fit snug in their role.

The action sequences were so much fun to watch. One really got the sensation of danger and violence present on the battlefield and Steve Rogers’ combat style fit within the context. Explosions abound and its a hyper-stimulating feast for the ears and eyes.

I also enjoyed how the cosmic cube was linked to Thor mythology. That was a clever add-on which lent a feeling of wholeness to the Avengers franchise. I’m always concerned this will be overdone but so far so good.

The less good:
I had a bit of an issue with shot compositions sometimes when certain elements seemed to obstruct the view of what was the subject of scenes, but it was a very minimal issue. Blame it on 3D?

The fact that this was set in the 40s made the “rah rah rah stay true to your country” flavor of the film a little more palatable. And there is not too little of it. There is enough in fact that I wasn’t sure how comfortable I was with it. The writers lept at the opportunity to place a representative of each American ethnicity in Captain America’s rag tag crew of soldiers. Irish, black, french english, asian. Because after all America is home of the free and land of the brave *wink wink*.  And Steve of course, despite being reticent at being a spokesperson for war bonds still went a ahead with it because hey “anything for my country”. Though you could argue that the script provided a balanced counterpoint when “chorus line” cap goes to entertain the troops but is received poorly by the war-worn soldiers in the trenches. But that point was made superficially at best. Relating to this, Steve’s reasons for enlisting in the army were not to kill but rather to stop bullies. I appreciate this sentiment but I doubt anyone in the audience saw this as anything other than a generic oversimplification.

Conclusion:
All that being said, I have to admit that there’s practically no successful way of dealing with this character in an action flick without blazing past some of weightier issues associated with it. So to be honest, this film did just about the best job it could faced with the task it had to accomplish. The film took Captain America from then to now and dealt with its war era roots and ended by displacing him to a more fictional straight-up superhero context.

I was entertained, I was dazzled and I had a good time with this movie. And I’m glad Captain America in the future will probably be more of an international superheroic leader and less of a poster boy for American patriotic sentiment.

Kenny Yeager from our forums has this to say about the film: 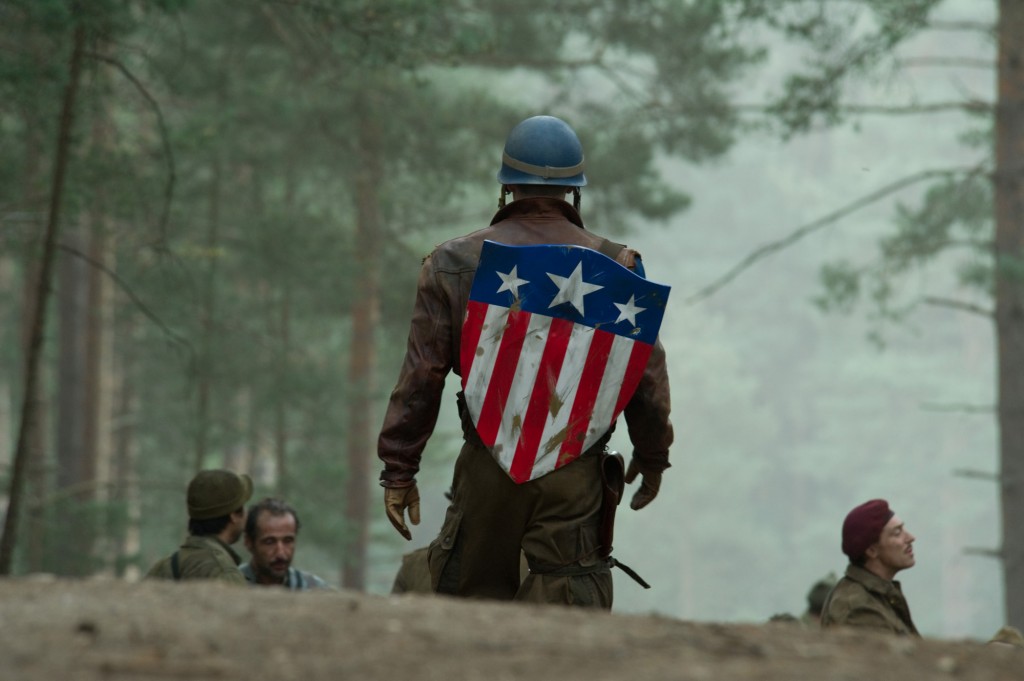 With that out of my system (for now), on to my actual thoughts:

I absolutely loved the movie. I have but two complaints, and they are small and closely related: I hated the “deaths” of Bucky and Cap. They just weren’t done as I expected or desired. Since they’re far enough apart in movie timeline, I consider them two distinct complaints. 😛

As for what I loved? Oh… uh… everything. Seriously, it felt so good, so right. The heart of the hero was there. Perhaps more than a little foolhardy, but Steve always stood up and did what he thought was right even against impossible odds.

The action was awesome. I was more than a little worried that the people calling the shots would wanna make it “more realistic” and give me middling action segments. Nope. Didn’t happen that way. Shield throws made me happy. Overall action was gripping and relentless. Big fan.

I’m just fine with the pro-patriotism feel of the movie (though the “let’s represent everyone” element called out by Jason made me laugh, too); it’s pretty key to the character’s origin. I feel differently from Jason about the war bonds promoter Cap, though. While I thought it silly on many levels, I thought that it was important because it developed Steve from “I can’t talk to girls, but I can take a punch” to “I can now stand in front of crowds like a charismatic leader… though I still suck with girls.” There were other ways that end could have been reached by other means, but I thought it a valid path to creating a more charismatic figurehead out of Cap in the movie; without it, he’d just be a costumed soldier.

Anyway, the movie moved at an insane pace most of the time. Even the slower, more drama-focused beginning felt like it moved quickly. At the end of the two hours, I thought that it felt short. That’s not really a bad thing; I was just surprised at how quickly it moved.

I loved the connections to other Marvel movies. I didn’t catch as many subtle nods as in Iron Man or Thor, but that’s partially because Stark and the Cosmic Cube were big parts of the story rather than brief nods.

Bottom line: It was a ton of fun and my favorite superhero movie this summer. Can’t wait to get this one on Blu-Ray.

Check this blog post again over the next few days as more reviews from forum users are added.