Life and death in a comic book is treated relatively lightly nowadays. Characters die and return in the space of a story arc. A character’s death is usually treated with a certain amount of reverence, and when the character inevitably returns it is business as usual. But, should characters remain deceased? Does a character’s return cheapen the value of their death?

There was an old saying you may have heard when dealing with death and comics. “No one stays dead except Bucky, Jason Todd, and Uncle Ben.” Well, seeing as the former two are back among the living, I guess the phrase has been changed. The big 2, in recent years, have worn out death and resurrection as a plot device. Between the Death of Superman, Blackest Night, Captain America: Reborn, Colossus’ reappearance, and everything in-between, it is no surprise when a dead character comes back from the grave. Granted, the deaths of such icons as Superman and Captain America shouldn’t be expected to last long. 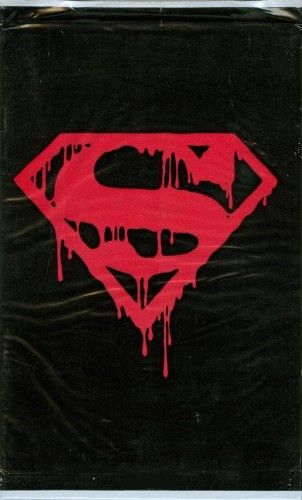 But, once the heroes are resurrected, is the story in which they died, cheapened? I guess it depends on how well the story is handled. For me, if I go into a story knowing that whoever dies will return without any repercussions, I find the story less interesting. Everyone should have known Superman wouldn’t stay dead. Even though the story was well written and interesting, just the knowledge it wouldn’t last made it seem futile. Supers coming back and resuming his life, business as usual, fell short for me. If a character is going to die and come back, I’d want lasting changes. After Captain America returned he didn’t try and remove Bucky from the role. His death changed him, it allowed him to grow as a character, which is how it should be.

Then again there are the few characters who have stayed dead or were dead so long that their deaths had a profound impact. Most famously is Uncle Ben. His murder is what influenced Peter Parker to become the hero he could be. The memory of Uncle Ben drove Peter to use the Spider-Man persona as a force for good. The death of Barry Allen had the same impact on Wally West. Wally took up the Flash mantle to honor Barry, and had a great run (pun unintended). While Barry did eventually return, his death lasted such a long time that bringing him back gave way to new stories and wasn’t perceived as a money grab (by most).

Characters like Hal Jordan, Oliver Queen, and Piotr Rasputin were all dead for a significant amount of time and the stories which marked their death weren’t written as a gimmick to pump up sales *cough* Death of Superman *cough*. I think a character’s death can serve to make a story better or to better facilitate the growth of existing or new characters. I guess the question comes down to, how long should a character stay dead? If you feel you have an answer leave it in the comments. For me, it all comes down to how well the death and rebirth is handled, and if it feels like a marketing ploy.

Crossover Classic: The Infinity Gauntlet The End Begins Here! Thanos, the Mad Titan, he who is in love with Death (literally, not figuratively) has gained…

The StashMyComics Top 25 List: Heroes! (Part 5) It was a long time coming, but we've finally made it! Here we are, at the crème del la crème!…