Welcome to week 3 of the StashmyComics Top 25 List: Heroes! Last week’s showcase brought us the likes of Captain Marvel, Daredevil, Bloodshot, Green Lantern, and Kick-Ass! This week, we’re rounding out to the top 10, but first, we need to see who’s made the cut to take our spots in #’s 15 through 11! What are we waiting for? Let’s find out who’s in this week’s list of heroes! 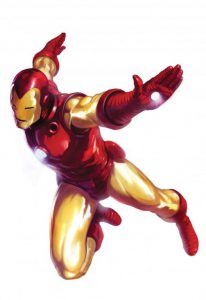 Tony Stark is the man. Billionare Playboy, suave ladies man, and controller of the single greatest piece of weaponry on the planet: the Iron Man armor. Through the years, we’ve seen him in nearly every type of armor imaginable in nearly every type of scenario. When you think of Marvel, he is one of the first that come to mind. From the Armor Wars, his battle with alcoholism, Civil War, Thanos, and the X-Men, Iron Man is everything a hero should be. He’s strong, just, and fights for exactly what he thinks is right, even if it may be wrong. He’s one of the brightest minds in the Marvel Universe, and it shows. From solo superhero, to leader of the Avengers, wherever wrong is taking place, Iron Man is there to stop it, especially at our #15 spot! 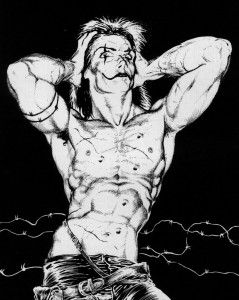 For our top 25 list, if any version of the Crow were to make it here, it’d have to be Eric Draven. Though not a hero in the traditional sense, James O’Barr’s classic explores more about the fortitude of suffering that any other character on this list. Eric’s loss of his fiancée Shelly is more than anyone should bare, but what he must witness before he dies is even worse. Eric comes back as the Crow, a literal spirit of vengeance to right what has been done wrong. With the crow as his guide, Eric moves from one person to another, all having something to do with his and his fiancée’s death. A hero rights wrongs, yes? A hero must also protect the innocent, even if they’re not here to defend themselves any longer. The Crow does this. Though there have been many different versions of this character, both good and bad, Eric is where it all started. We can say, in all honesty, that the Crow has earned his spot on our list at #14. 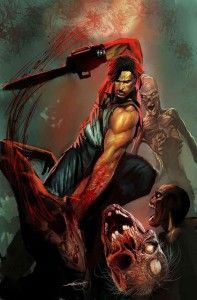 If I could put Ash at our #1 spot, I would, but alas, Ash just isn’t meant for the big burrito. When you shop smart, you shop S-Mart, or in Ash’s case, fight deadites every waking hour of the night! Ash is the everyman’s hero. When he’s not saving the ladies, or slicing and dicing with his chainsaw, Ash is trying to save the planet from the likes of Marvel Zombies, or protecting our nightmares and terrible summer camp trips from the likes of Freddy Kruger or Jason Voorhees. He’s got it all: wit, banter, a quirky smile, and an insane amount of bravery, or is it just that he’s really really scared and doesn’t want anyone to know? Whatever it is, Ash should win, hands down, but he won’t. Know why? Ash just can’t catch a break, that’s why! We’ll give him just enough though, in our lucky #13 spot, but that’s it! 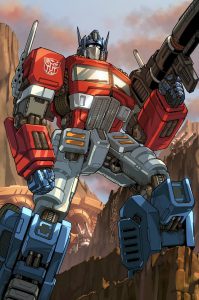 He is the leader of the Autobots, part of a race of mechanized beings from Cybertron. Their only mission: to stop the evil Decepticons at all costs. Optimus is the perfect leader. He’s noble, just, and is willing to lead his Autobots straight into battle from the front lines. A soldier at heart, Prime holds the weight of Cybertron on his shoulders. He is their last hope, and it falls on him to not only lead, but to ultimately vanquish Megatron and his ruthless Decepticons from taking complete control of all they know. Though the battle has spilled over to Earth, Optimus won’t stop. He’ll not only protect the humans now from the likes of evil, but what Autobots he has left. In the battle of good versus evil, Optimus Prime shines as a beacon of hope in our #12 spot. 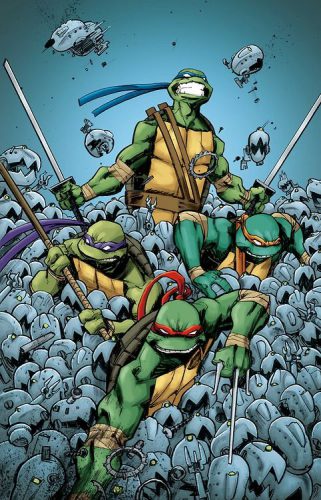 C’mon now, could we honestly just pick one and leave the rest out? No way! We all have our favorites! Leonardo, Donatello, Michaelangelo, and Raphael (my favorite) have been ingrained into our minds from the moment Eastman and Laird created these pizza loving reptiles. Though quite brutal in the original black and white comics, most of us know and love them from the ‘8o’s cartoon and much loved first live action movie. Though ninja, they are good at heart, and with the training of Master Splinter, the turtles make the ultimate fighting force against the likes of the Foot Clan and their master: Shredder! The flashes of orange, blue, purple and red are quick, and blade and wood beat down Foot soldiers and mousers alike. They do their best to protect New York, and with the likes of April O’Neil and Casey Jones by their sides, they do a pretty good job. Who better to take our #11 spot and bring us to the top 10? Teenage Mutant Ninja Turtles!

There you have it! What a way to go from 25 to 11! Who’s going to be in our top 10? How could this list possibly get any greater? You’ll just have to wait until next week when we take a look at our #’s 10 though 6 spots before seeing who’s in our top 5.  See you all next week for SMC’s Top 25 list: Heroes!