It’s week 2, ladies and gentlemen, as we continue with the SMC Top 25 List: Heroes! Last week, we started it all off with our first five heroes. Rorschach, Jean Grey, Spawn, Snake-Eyes, and Judge Dredd helped to get this all started, and what a way to start! Who’s going to take our #’s 20 though 16? Read on, hero lovers, as we go further into the StashmyComics Top 25 List of Heroes! 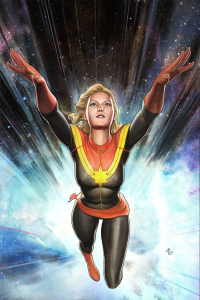 Most of us knew her as Ms. Marvel, but today, she flies the skies as Captain Marvel, a mantle she has recently assumed. With the powers of flight, massive superhuman strength, durability, and explosive energy blasts, Carol Danvers has fought alongside the likes of the Avengers, X-Men, Spider-Man, and more in the never ending quest to protect the planet, not only from outward enemies, but sometimes from the heroes themselves. A huge pro-registration supporter, she stood by Iron Man during Civil War, and later helped to round up and combat against anti-registration heroes. In her eyes, it was for the greater good, which is really what a hero is all about. Now, as Captain Marvel, she still fights the good fight, all the while taking on the massive responsibility that is Captain Marvel. With this, we salute her as she takes our #20 spot. 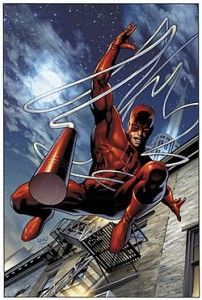 The Man without Fear. Defender of Hell’s Kitchen, and Attorney at Law. Daredevil is, without a doubt, one of the best street level heroes in the Marvel Universe today. In addition to his alter-ego (Matt Murdock), Daredevil selflessly saves innocents from criminal scum, both on the streets and in the courtroom. By day, he works in the law office of Nelson and Murdock, once as attorneys, now as counsolers for hire, helping to teach their clients to represent themselves in a court of law. By night, he is the Man without Fear! Though blinded in his youth by radioactive waste, Murdock’s other senses were insanely heightend to superhuman levels. In place of his eyesight is a “radar” sense – working much like that of a bat, he is able to get a sort of visual from sound as it reverberates off other objects. With the help of this and his other senses, Daredevil protects his portion of New York from any trouble that may find it’s way there. By a jury of his peers, Daredevil swashbuckles his way into our #19 spot. 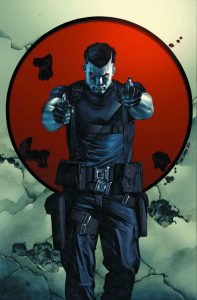 Angelo Mortalli was once a ruthless mobster. He could have made it to the top of the family too, if given enough time. In the game of crime though, people don’t usually see things the same way. He was framed for murder, and quickly put into the witness protection program. You would think things would be OK for Angelo, right? Well, it’s about to get a whole lot worse. Betrayed by an FBI agent posted to guard him, Angelo is kidnapped and forced to take part in “Project Rising Spirit“, an experimental program involving nanites. These little machines quickly go to work, rebuilding his body and brain, wiping who he once was in favor of who he will become. Taking the name Bloodshot, Angelo escapes from his captives, and begins the slow process of piecing his life back together, all the while working for a covert intelligence firm. Hidden from the public view, Bloodshot fights against the dangers in the Valiant Universe, either by himself, or as Earth’s last hope in the Secret Weapons Project, along with the likes of Shadowman and X-O Manowar. From ruthless killer to Valiant hero, the nanites help Bloodshot shoot his way into our #18 spot. 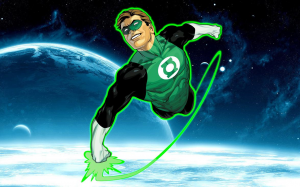 There are several qualifying Lanterns. Guy Gardner, Kyle Rayner, John Stewart, Allan Scott, even Kilowog, but if one had to be chosen, it would be none other than Hal Jordan. The protector of sector 2814, Hal Jordan received his ring from Abin Sur, who used the ring in one of his last gestures before dying to find a successor who was “utterly honest and born without fear.” The ring chose Jordan, and it’s been one wild ride since. Not only has Hal protected the likes of Earth and other planets in his sector from evil, both within and without, but he’s also overcome his own personal demons. Becoming Parallax after the destruction of Coast City, going on near cosmic genocide, and becoming the Spectre, the divine spirit of God’s vengeance. With all of this though, Hal Jordan rose from the ashes, so to speak, to come back as a Green Lantern and keep us all safe from the likes of Sinestro and Black Hand. He’s doing a good job so far, and that’s why, by force of will, he slides into our #17 spot. 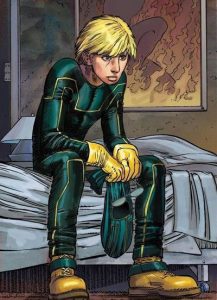 Who better to end this week’s portion of the Top 25 than Kick-Ass! Dave Lisewski  is just your average teenage comic loving New Yorker. Taking notion from those comics, he gets his own suit, and begins to go on patrol, not knowing the eventual road he’ll travel, or the sub-culture he’s about to inspire. His first attempt goes horribly wrong. Trying to stop some graffiti punks, Dave is beaten, stabbed, and run over. Over the next several months, he goes through surgery, physical therapy, and more to not only walk again, but also to don the Kick-Ass suit once more. His next attempt goes better: He saves a man who’s  being beaten. Little did Dave know that his selfless act was caught on cell-phone and then put on Youtube. He became an over night sensation. Joining the likes of Hit-Girl and Big Daddy, Kick-Ass not only inspired a generation of super-heroes, but he also helped to take down organized crime boss John Genovese. All of this without any super powers or training of any kind. I think that’s pretty “kick-ass” (woohoo!) if you ask me. That easily puts him in at our #16 spot.