A review from guest writer and stashmycomics.com user Valdimer 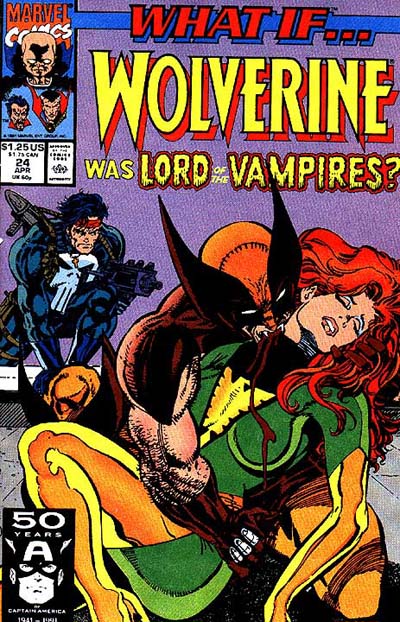 When I was a kid, one of my favorite things to do with my friends was read and trade comics.  I can remember trading away issues of Spider-Man, Batman, the X-Men, and a slew of others, just to get the issues I didn’t have.  One of the issues I kept a hold of, was this one.

I LOVED this issue as a kid.  Let me say that again.  I LOVED it.  I always loved the possiblility of having something so devastating happen, that both heroes and villians could do nothing to stop it.  Heroes would die, as well as villians, and there would be this overwhelming sense of hopelessness and failure.  This issue gives that to me tenfold.

The issue starts off with the Watcher, giving us a quick back story as to why he is leading us down this alternate time line.  We go though the major points of Uncanny X-Men issue 159 (check it out, it’s also a very good read), and see how it all turned out.  The X-Men save the day, Storm is saved from becoming Dracula’s concubine, yadda, yadda, yadda.

What if it didn’t happen that way.  The issue pushes forward with that very question in mind.  Wolverine defeats Dracula, and quickly gains control of the other X-Men, who have already been turned by Dracula.  It moves very quickly after that.

You’re kept on the edge of your seat as, the now undead, X-Men go forward, serving Wolvie’s will.  Some heroes and villians are kept alive, while others, for no other reason than Wolverine’s say so, are killed.  Not all the heroes die though.  Some are trapped outside the city, such as Captain America, Iron Man, and other Avengers.  They won’t be let back in the city for fear that we might lose them too.  But one hero manages to keep himself alive amidst all the chaos.  Who could that be?  None other than the Punisher!

Now, I won’t give the rest of the issue away.  You need to get a copy of this, just to enjoy it as much as I did.  You can pick up a copy at mycomicshop.com for about a buck.

The creative team behind this issue did a great job.  Roy Thomas and R.J.M. Lofficier did a wonderful work of this.  It moves along at a good pace, and keeps you wanting to read more.  They really put in that sense of dread in the issue.  Tom Morgan does fantastic, and detailed artwork here, letting you see all the action and drama as it takes place.

All in all, this issue holds alot of memories for me as a kid. Even now as an adult, I’ll grab it out of my longbox, turn the T.V. off and dive right into it.  I still feel the same way reading it now as I did back then.  It’s a rare gem from the 90’s.  The magic of what makes comics so great to read, rest in the pages of this issue.

Script: 9/10
Art: 9/10
Parental Concern:  I would put it just above orange for the type of violence in the issue.