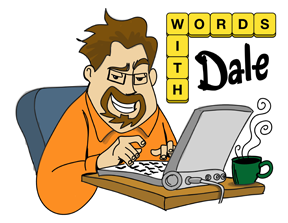 FEAR THE NIGHT…. AND THE SPINNER-RACKS

For the longest time, comics were seen as stuff for the kids, not really anything to be taken serious by ‘grown-ups.’ I’m fairly sure the people who are likely to be reading this are well aware of the fallacy of this idea. Superman was created as a reaction to the Aryan Supermensch. Dick Tracy and Batman were created as a reaction to the organized crime running rife in major cities of the time, and so it goes, through various incarnations, characters and creators, all holding a mirror up to society.

And it’s this mirror that reflects a bleak, almost nihilistic view of ourselves, as presented in the pages of the pop culture sensation that is “THE WALKING DEAD,” which launched a new season this past weekend.

The Walking Dead is a terrible terrible comic, which has spawned an equally terrible show, game, even novels.

Oh I know what you’re thinking. It’s great. It’s gruesome. It’s that same kinda thing you get riding on a rollercoaster—something incredibly scary that you can experience, safely, and still get to walk away from. Sure, your chances of hurling are somewhat greater on the rollercoaster… but then there are some pretty grizzly special effects on the TV show.

Sure, the massive success of The Walking Dead has done wonders for comic books, just as much for the horror genre, it’s even given us comic geeks some degree of respect and credibility (not that we needed it, we knew we were the cool ones all along). But ultimately, if we accept that comics reflect our society, The Walking Dead is a damning indictment of the world we live in. Consider the evidence:

Of course, if you follow this line of thinking, the question then becomes, is this a grim warning of where we’re heading, not towards a zombie apocalypse, but to a compassionless world in which there is no hope for compromise and the only workable solution is to kill. Or is it a fatalistic acceptance that this is already where we’re at, and the best we can do now is stockpile canned goods, weapons and get them before they get us.

Y’know…. or it’s just a dark fantasy comic we don’t need to think about too much.

What do you think?

(Dale Mettam has written, drawn, edited and occasionally read comics. You can read more on his website, Facebook and Twitter. Or buy his books (buy two… they make great gifts!)