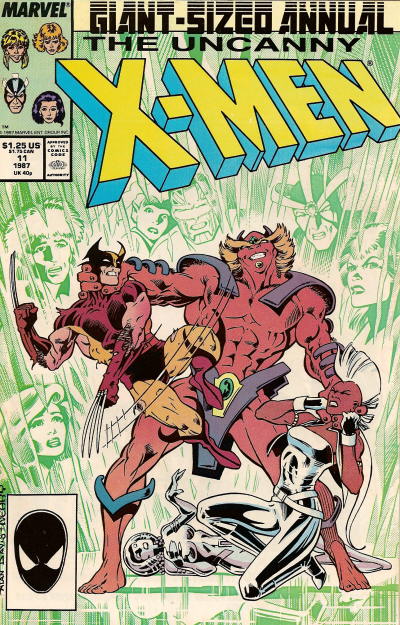 
When I was just getting in to comics, I couldn't have been any older than 12, my family and I had gone to my grandmother's house over the weekend.† She took my parents Yard Sale shopping that Saturday while my brothers and I stayed and played in the gigantic field she had in her backyard.† When they returned, she had something for each of us kids.† I can't remember what the other kids got, but I know what I got.† A stack of comic books.

In that stack were several issues.† The Phantom, the Spectre, Chrome (which was a great read, by the way), and a worn, torn, cover†nearly falling off issue of X-Men.

I should have grabbed it first, but honestly, it was the last issue I looked at.† I dived right into the other books.† I can still remember sitting on her concrete porch reading that issue of the Spectre.† When I finally did grab the X-Men issue, I opened it with some skepticism.

This issue blew me away.† It all starts with Wolverine staggering up to the steps of the X-Mansion stone cold drunk, singing some tune.† No doubt do the rest of the X-Men hear this, as they come to the front door.

This is a different team of X-Men, at least that I'm used to.† Dazzler, Longshot, Storm, Havoc, Rogue, Psylocke (before she became super hot and cool), and a visit from Captain Britain and Megan.† They all fit perfectly for this story though.

As the issue progresses Wolvie gets chastised for being drunk, the X-Men speculate as to why he does the things he does to himself, so on and so forth (Don't they always do that when it comes to him though?).† Later that night, there is an attack on the Mansion, and all the X-Men are captured.

This brings about the creature known as Horde.† Very arrogant, cocky, completely full of himself.† He takes the X-Men to this place with a Crystal Citadel that holds the ultimate power.† Horde can't get it for himself, but needs the X-Men to get it for him.† And this is where the issue takes off.

Throughout the issue, we see each X-Man go though their ultimate fear, or desire.† Rogue just wants to be normal, to feel and to touch.† Havoc is so afraid of keeping his powers in check, that he finally lets himself burn freely.† Longshot simply disappears, because he feels so invisible amongst the rest of the team.

Now, I'm not one to divulge an entire issue.† I like to give you just enough to entice you to pick up the issue and read it.† I think that with this issue, you won't be disappointed.

Chris Claremont wrote a fantastic script for this issue.† It's very fluid, and stays strong to what he is trying to get across to the reader.† It gives off the sense of hopelessness and fear, but also the longing for what you desire the most.† I honestly felt what each X-Man had to go through on his or her own.† Alan Davis did a wonderful job with pencils.† It definitly has that 80's, rounded, feel to it.† The artwork brings Claremont's words alive on the pages.

Annuals, to me, are usually those issues that kind of get tossed aside, usually forgotten.† This issue is one of those issues that you put in your friend's hand and say:† "Read it.† This is one issue you won't forget."† This was the first X-Men issue I read, and to me, is still one of the best.† I put it in your hands now, and say... Read it.† I hope you enjoy it as much as I did. 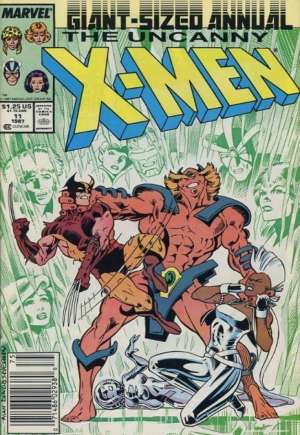 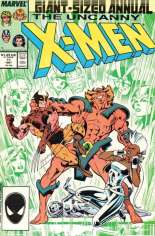 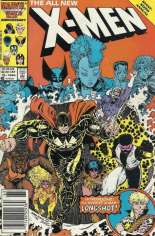 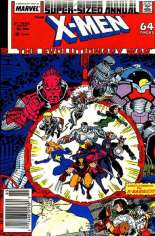