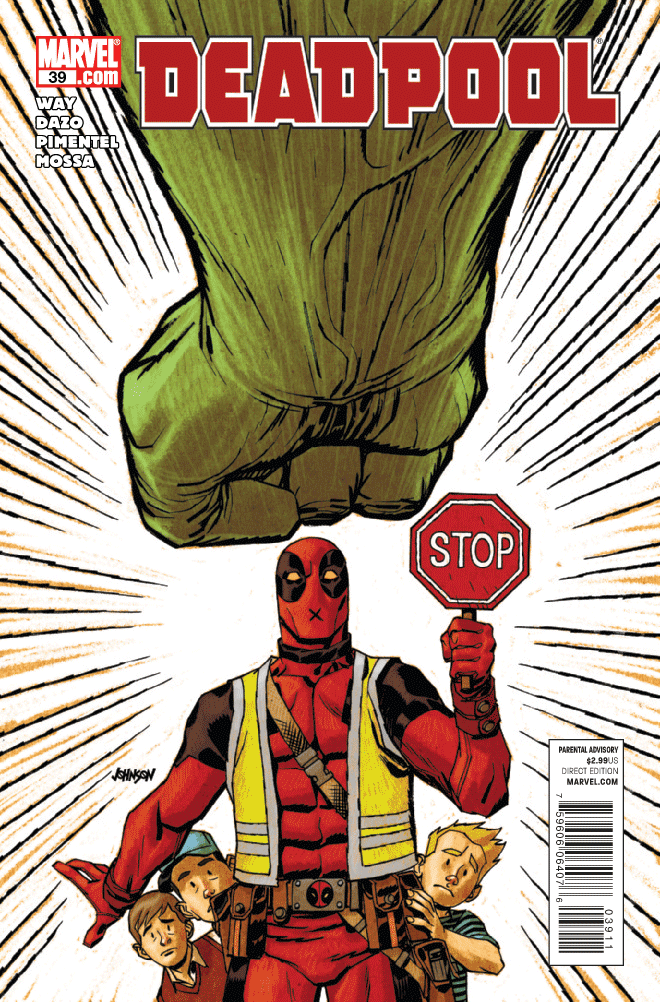 After “unselfishly” saving the universe yet again, Deadpool returns to earth. Upon his return Deadpool has taken a break from his attempt at being a hero and has decided what he really wants out of his life is to die. Of course, this is not easy for someone with a healing factor like his.

What could possibly kill Deadpool? Well he has an idea. Deadpool goes searching for the one thing he believes can kill him, The Hulk. Now Bruce Banner is not the kind of person who will just kill you because you ask him. So Deadpool has a little coaxing to do. As with anything involving Deadpool and the Hulk, things get explosive.

Even though Deadpool has decided the hero thing just does not fit for him, he still sneaks some heroics into this story. Although that does not mean it pays off for him, and instead leads to an interesting ending to this arc.

Overall, the story concept was an interesting change of pace from what Deadpool has been doing. Throughout this arc, Deadpool still manages to make jokes and bring an overall fun to the situation he puts himself in. One can count on Deadpool to do so.

Fan Film Friday: Deadpool X-Mas Special! / Deadpool: Job… Welcome back to the Holiday edition of Fan Film Friday!!  It's only two more days until Christmas, so I hope…

StashMyComics.com Podcast – Episode #13 The allegedly unlucky #13 strikes MattB as he deals with many forces against the creation of this podcast. Fear not…